With the establishment of provincial-level Revolutionary Committees in Xinjiang and Xizang (Tibet) on 7th September 1968, the whole country was declared to have "turned red" and it was time to plan for the future.

The 12th and final plenum of the Eighth Party Congress was held in Beijing 13th-31st October. The plenum was chaired by Mao and there were many new faces among attendees, hastily drafted in to replace "casualties" of the Cultural Revolution. 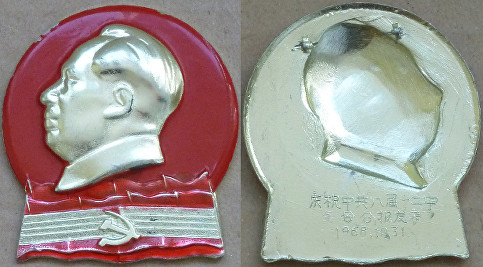 The ostensible purpose of the 12th plenum was to prepare for the Ninth National Congress and to approve the draft of the new party constitution that was to be presented at the Congress. However, there were also matters of party discipline that required formal ratification.

Mao, Zhou Enlai, and Lin Biao all made lengthy speeches in which numerous individuals were named and criticized. Most notably, Deng Xioping "the number two capitalist roader" was stripped of all rank and offices but was allowed to retain his party membership; the "number one capitalist roader", Li Shaoqi, was expelled from the party.