As part of his campaign to bring politics to the fore in the PLA during the early 1960s, Lin Biao instituted a system of recognising units and individuals that, in addition to military skills and discipline, had a high degree of political education and actively took part in propaganda work. Units that excelled in politics were given the appellation "Four-Good Company", and individuals were named as a "Five-Good Soldier". 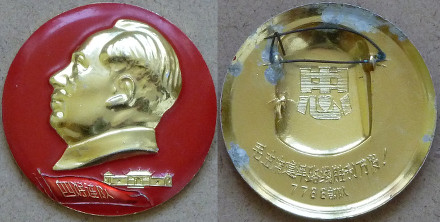 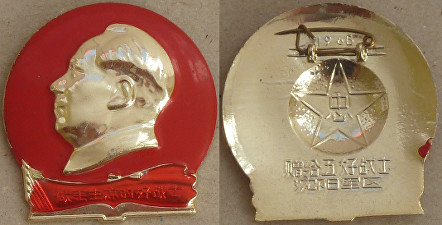 The two badges above depict "Four-Good Company" banners; one that reads vertically, the other horizontally. The badge at right also invokes the the Gutian Conference that established the Red Army's subordination to the Party. 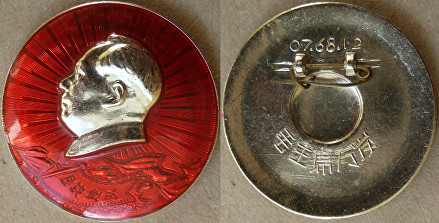 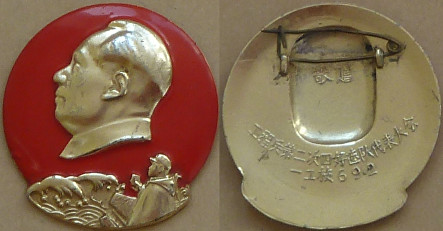 This badge, which on the obverse displays the trope of a coastal defence soldier facing tradionally rendered waves, carries the reverse inscription, "Respectfully presented to Army  Engineers (at) the Second Four-Good Company Congress, February 1969". 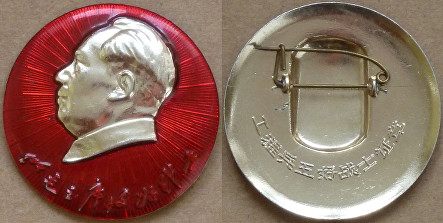 The Five-Good  badge above left was issued by Shenyang Military District.

The badge at left was issued by PLA Engineers.

Both carry the obverse inscription,