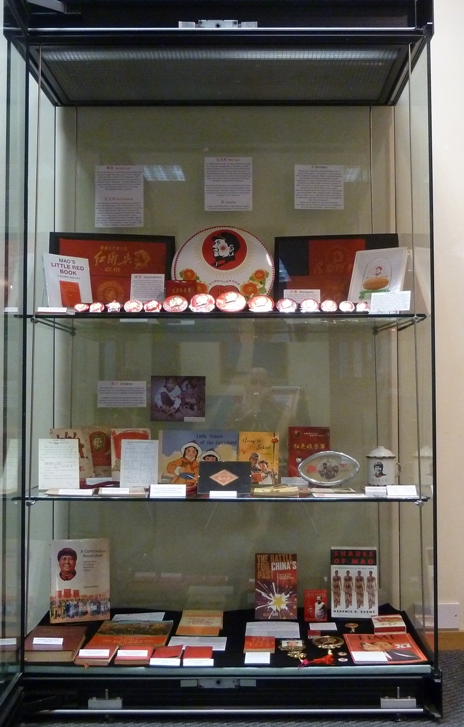 (= bourgeois = capitalist) behavior and ways of thinking, and to ensure that China remained on a revolutionary socialist path as defined by Mao Zedong Thought (= Maoism).

The Red Guards were the self-appointed vanguard of

the Cultural Revolution. The first Red Guard unit was formed by students at a Beijing secondary school during the last week of May 1966, and by the end of the summer there were thousands of student Red Guard units in towns and cities throughout China. Mao encouraged the Red Guards to "struggle" against their teachers, officials suspected of incorrect thinking, and "enemies" of the revolution. These "struggles" often resulted in violence, injuries and deaths.

The official Mao Zedong cult, which had been launched by Communist propagandists in the 1930s, reached a climax during the first years of the Cultural Revolution. According to the cult, Chairman Mao was not just an infallible leader whose every utterance contained great wisdom, he was the Red Sun upon which all living things depended; and the Chinese people were 700 million sunflowers turned to face the Red Sun.Mao was the Great Helmsman guiding the ship of state; Mao was the Great Teacher whose quotations were learned by heart; Mao was Emperor of China in all but name, but to have said so would have invited a prison sentence or even execution.

Loyalty to Chairman Mao, to Mao Zedong Thought, and to the Great Proletarian Cultural Revolution.

Workers soon joined the Cultural Revolution and in January 1967 began to "seize power" in factories and offices. Arguments between different Red Guard groups, and between Red Guards and workers, became widespread. In some areas these differences of opinion escalated into armed conflict, and by the summer of 1967 China was in a state of near-civil war. The People's Liberation Army had to forcibly restore order.Mao was disappointed by the disunity of the Red Guards and sent Workers' Mao Zedong Thought Propaganda Teams to disarm and re-educate the Red Guards, millions of whom were subsequently sent to the countryside to "learn from the peasants". By the end of 1968 China was administered by Revolutionary Committees consisting of army officers, party officials and workers' representatives.

Mao's social and political philosophy was contained in the four-volume Selected Works of Mao Zedong. In 1964 the army put together a collection of short extracts from the Selected Works to assist the political education of soldiers. This small book, entitled Quotations from Chairman Mao Zedong became extremely popular with civilian activists and was made available to the general public in October 1966. This "Little Red Book" rapidly became emblematic of the Cultural Revolution. Hundreds of millions of copies were printed each year and everyone had a copy: to study at every possible opportunity, to learn by heart, and to wave vigorously at the frequent public demonstrations.

In August 1968 Pakistan's foreign minister presented Chairman Mao with a crate of mangoes. Mao sent this gift to the Workers' Propaganda Team that had been sent to quell the Red Guards at a Beijing university. This "gift of mangoes", which signified Mao's withdrawal of support for the Red Guards, became an overnight sensation.  Mango fever swept the country: wax mangoes were placed in glass cases, giant model mangoes were paraded through city streets, mango motifs decorated fabrics and tableware, and millions of mango badges were produced and worn.

Somewhere between 3 and 5 billion Mao badges were produced during the Cultural Revolution in tens of thousands different designs. In addition to Mao's portrait, many badges incorporated internationally recognized socialist symbols such as the hammer and sickle, cogwheel and ears of wheat, together with specifically Chinese symbolism such as sunflowers or plum blossom. Some badges depicted well-known sites from China's revolutionary history such as Jinggang Mountain or the pagoda and bridge at Mao's wartime headquarters Yan'an. Other badges celebrated China's agricultural and industrial development.

The Cultural Revolution was for everyone. Children as young as seven were appointed as Little Red Guards and were expected to set an example to their classmates.In addition to their lessons all schoolchildren were expected to work, either in factories or on farms; and in their spare time they were supposed to help the elderly and study the works of Chairman Mao. 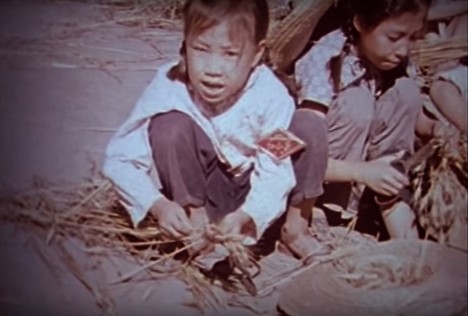 The Cultural Revolution unleashed a flood of propaganda aimed at the outside world. The Foreign Language Press in Beijing translated The Quotations from Chairman Mao Zedong and some of his other writings into more than 50 languages. Some of Mao's phrasings, e.g. "Third World", "paper tigers" and "political power comes from the barrel of a gun", have achieved worldwide usage.

In 1981, when economic reform under Deng Xioping had already begun, the "great, glorious and correct" Communist Party of China published a document stating that the "cultural revolution" was a disastrous mistake that produced 10 years of "catastrophe" for China. Western commentators agreed with this verdict, some more strongly than others, and most of the hundreds of books written about the Great Proletarian Cultural Revolution have emphasized the violence of the Red Guards, the destruction of historic artifacts and buildings, forced labour camps, and the stifling of independent thought and expression.

The same 1981 Party document that condemned the "cultural revolution" concluded that overall Mao Zedong had been 30% wrong and 70% right. China is still governed in accordance with Marxist-Leninist Mao Zedong Thought and Mao's portrait is prominently displayed in Beijing's Tiananmen Square. In China today, discussion of the Cultural Revolution is discouraged by the authorities. One result of the inequalities caused by China's recent "economic miracle" is that many older people, especially in rural areas, now view that period through nostalgic rose-tinted spectacles in the same way that Londoners look back on "the Blitz". At the same time, some Western historians have begun to take a more nuanced and less negative approach to the Cultural Revolution. 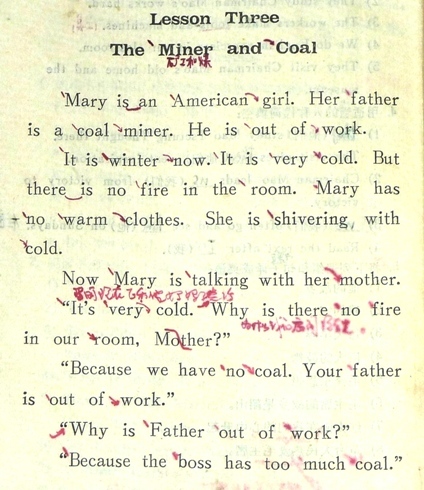 During the late 1980s and early 1990's there was an unofficial and semi-ironic revival of the Mao cult.

The Chinese government has recently become increasingly sensitive about the use of Mao's name and image. Andy Warhol's portraits of Mao are among his best known artworks. In July 2014 they were banned from public display in China.