The integrity of PRC airspace was a real issue throughout the Maoist period. Besides being emblematic of modernity, Chinese radar antennae provided an effective, although by no means comprehensive, network that enabled the PLAAF to detect and shoot down intruder aircraft (including U2 spy planes) on several occasions. Hainan Island became a particular hotspot during the period of US involvement in Vietnam.

Searchlights were largely ineffective against jet aircraft, but they doubtlessly gave urban populations a sense of reassurance; similarly village militias practiced shooting at moving aerial targets as a morale-building exercise. 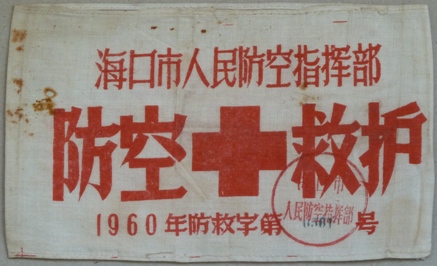 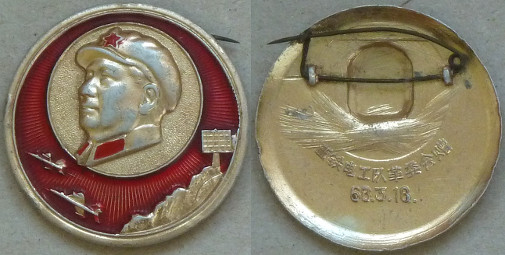 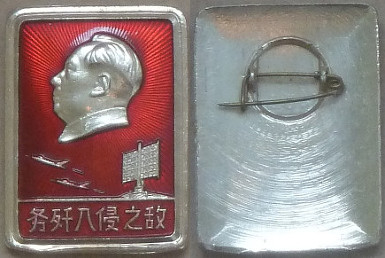 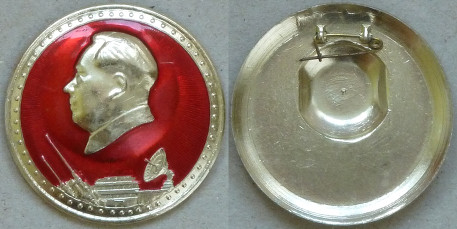 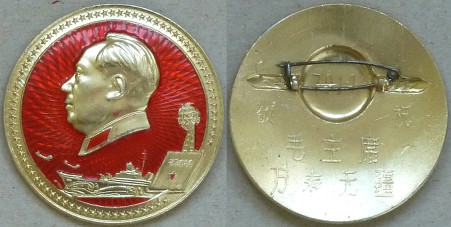 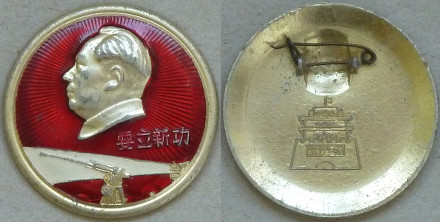 At dead of night

Who have thrown up those long rainbows,

Voicing the resolution of our fighters?

Who are wielding those shafts of light,

Defending the night sky of our motherland?

It is we, the men

Of the red searchlight squad;

Night after night we keep watch

For our seven hundred million countrymen,

No matter how misty the night,

How dense the clouds,

We have a "mirror for unmasking monsters"

Given us by Chairman Mao.

Manning the searchlights we can ride the clouds

To capture any devils lurking there;

No enemy aircraft, be it ever so cunning,

Can hope to escape from our net!

This badge has the obverse inscription, "Making new achievements"; on the reverse is an image of Friendship Pass, the main transit point between China and Vietnam.