This badge is from a set issued by the Inner Mongolia Military District. The obverse inscription is usually translated as, "If you take action yourself there will be no shortage of clothes to keep you warm and food to eat", and is often referred to as "ample food and clothing".

Mao coined this eight-character exhortation in November 1939 at Yan'an when the Red Army and the inhabitants of the liberated areas were suffering severe shortages because of the Nationalist blockade, which persisted despite the Second United Front. The badge Shows Yan'an's distinctive bridge on the right; and, on the left, Mao's inner sactum with glazing bars in the shape of a five-pointed star. 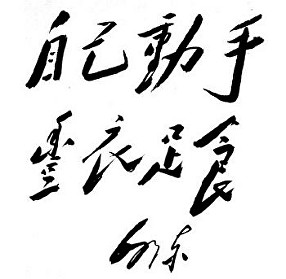 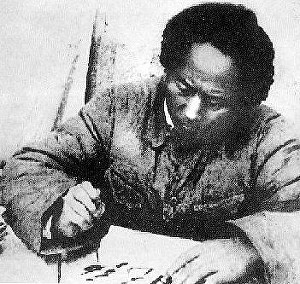 This policy of self-help and self-sufficiency was successful, and possibly decisive.

In 1943 Mao agreed to write the by-then famous text for the benefit of a PLA camera crew.

Although spinning wheels sometimes featured in nostalgic images invoking the "Yan'an spirit", they were already somewhat anachronistic by the time of the Cultural Revolution.

In order to promote the use of factory-made cloth, there had been a steady reduction in the amount of raw cotton that peasants were allowed to retain for their own use.

Home-made cloth was "old", and should be cast aside in favour of the "new". 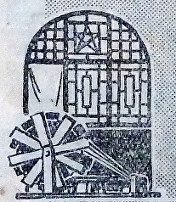 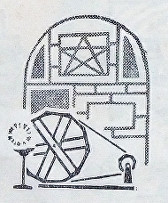 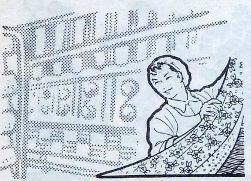 Mao's eight-character phrase was reproduced in facsimile on some "quotation badges". 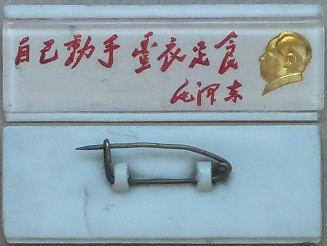