The Chinese people were encouraged to be justifiably proud of their country's nuclear capability - the newest victory of Mao Zedong Thought. The tall mushroom cloud clearly signified that China had not only stood up in the world, but was now standing at the same level as the superpowers. Although the military significance of the new weapon was obvious to all, it was the scientific achievement that was celebrated on most atomic Maozhang. 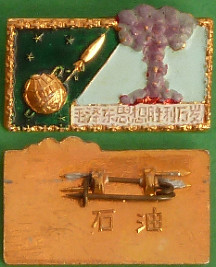 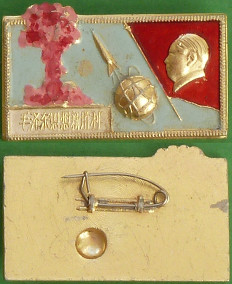 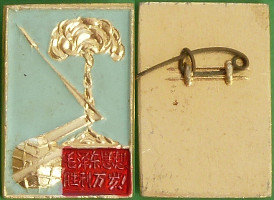 It may be coincidence that the clouds on this Maozhang have a distinctly mushroom-like shape.

If not, then the message conveyed is considerably more direct and pointed than that of the others. Dropping atomic devices from aircraft was a proven technique for the PLA Air Force in the late 1960s, although China did not develop a long-range missile capability until after the Maozhang period. 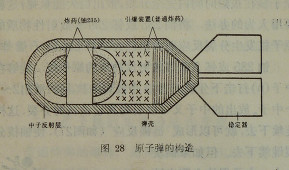 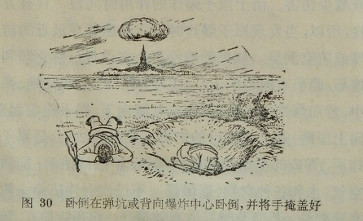 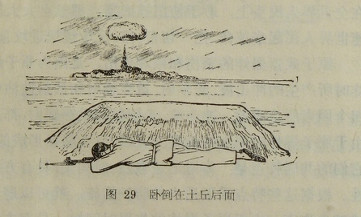 These line illustrations are taken from a 1969 Henan Middle School textbook - Knowledge of Basic Industrial Processes.