This small badge commemorates the first anniversary of an event that made front-page news around the world. On 16th July 1966 Mao Zedong, at the age of 72, took part in Wuhan's annual swimming competition across the Changjiang (Yangtze River). Although swimming had been Mao's favourite form of exercise since childhood, he was not swimming purely for pleasure. His participation was a piece of political theatre; planned and publicised to demonstrate to the world that the ageing Chairman, absent from Beijing since the start of the Cultural Revolution, still had sufficient physical stamina to lead the Party and the country. 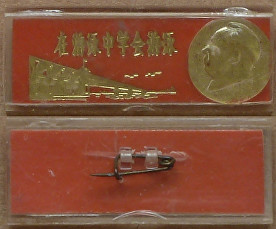 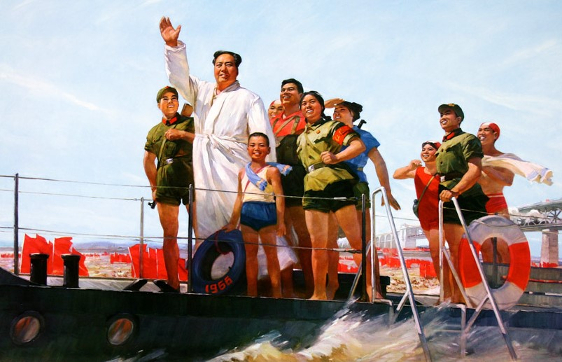 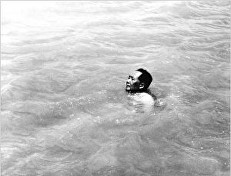 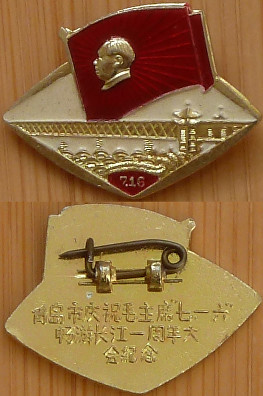 During the Chairman's hour-long immersion in the river he alternated swimming and drifting with the current. The above photograph was taken soon after and provided the inspiration for Tang Xiaohe's 1971 painting, Forging Ahead in Wind and Waves (at left).

The two badges above, one of which directly references the 16th July swim, are inscribed with one of Mao's eight-character aphorisms, "Learn to swim by swimming"; this can be understood literally, or it can be applied to other activities e.g. Learn revolution by making revolution.