This twice yearly (Spring and Autumn) trade fair was established in Guangzhou in 1957. It was originally named the China Export Commodities Fair (CECF - see logo on badges at right and below). In 2007 it was renamed the China Import and Export Fair, with "Canton Fair" still being used officially as an alternate name.

The event continued to be held throughout the Cultural Revolution, although it required Zhou Enlai's personal intervention, and each year it contributed hard currency worth millions of dollars to the national economy. 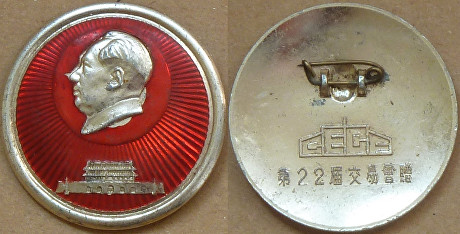 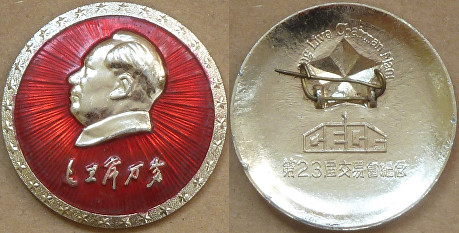 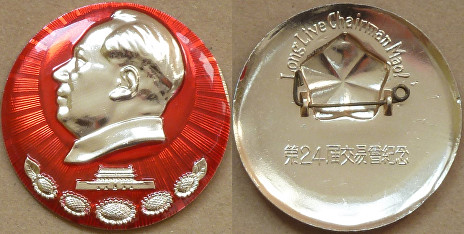