Abbreviated to a four-character phrase, "Embrace Politics, Cherish the People", was a wartime slogan particularly associated with the propaganda efforts of the New Fourth Army and the Eighth Route Army during the early 1940s.

Summarising the military's non-combat role, it remained current within the PLA and became prominent after Lin Biao began his campaign of bringing politics to the fore. 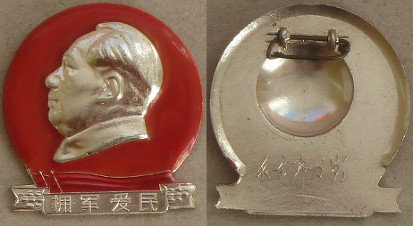 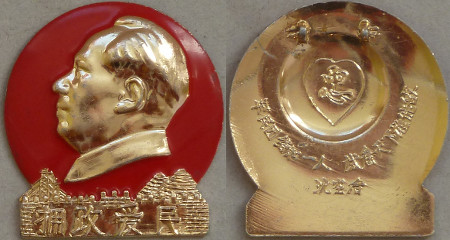 The variant at left, "Embrace the Army, Cherish the People" was published as a directive in the People's Daily in April 1967 after the PLA had become involved in conflicts between warring Red Guard and Rebel organisations. The phrase may have been coined by Jiang Qing who gave a widely publicized speech explaining that the orders issued by the Military Affairs Commission in January and April 1967 regarding PLA involvement in factional fighting were not in fact contradictory.