After Liberation, the PLA's paramount task was to maintain the security of New China's frontiers. While fears of amphibious invasion (implicitly from Taiwan) were almost entirely imaginary, the arrival of seaborne infiltrators was a very real threat and considerable emphasis was placed on coast-watching. A visual trope emerged of one or two lonely figures gazing out across waves breaking against rocks. 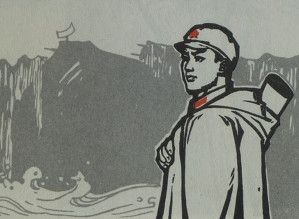 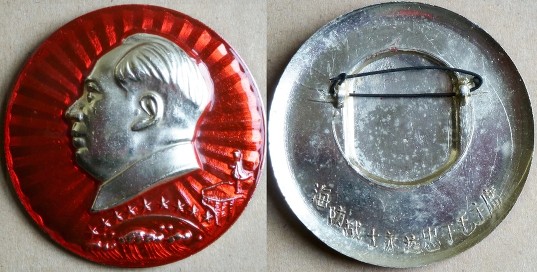 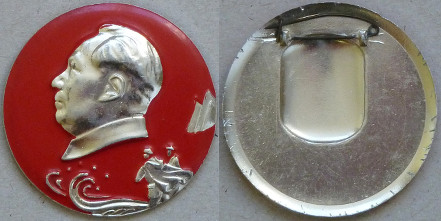 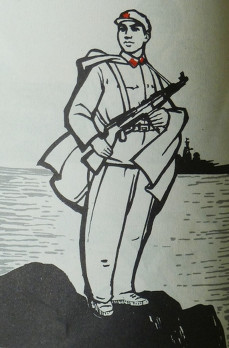 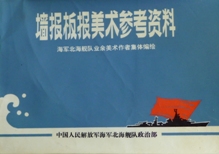 The badge below has the obverse inscription, "The army and the people are the root of success"; the reverse is inscribed,"Increase vigilance - Defend the motherland - Zhejang Province Military Command".

In most versions of the trope, the figures are readily identifiable as PLA by their uniform caps, heroic stance, and the rain capes that subtly suggest that coast watching was not always a fair-weather occupation. In other versions, the duties are shared between the PLA and militia. On the badge above an excess of red paint conceals the conical straw hat worn by the militia-person on the right.

The graphics on this page are taken from: