Unlike wheat and maize (see previous gallery), China's other grain crops did not reduce to easily differentiated graphic forms, particularly within the constraints of Moazhang 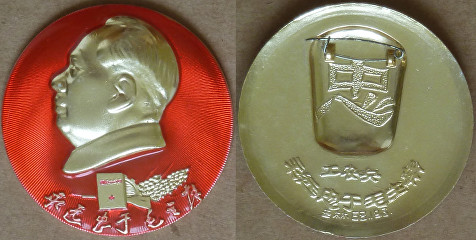 On the above badge the golden grain represents agriculture, twinned with the cogwheel of industry, to fit the inscription, "Grasp revolution, promote production". The grain has been identified as sorghum and, while this is certainly possible (see below), it could also be millet, rice, or a generic grain symbol.

Although it was a relatively minor crop, accounting for only 3% of total grain production in 1970, the successful farming of hyrbrid sorghum received considerable attention during the Cultural Revolution. 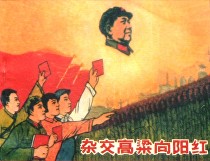 A 1974 lianhuanhua recounts the success through the story of a young female protagonist sent to work on an experimental farm where they are trialing the sterile hybrid strain 3197A and its maintainer 3197B.

First introduced in 1956, these hybrids produced plants up to 15% bigger than traditional types. The story goes into considerable detail regarding the techniques of planting and cultivating hybrids, but it is essentially a tale of success though a combination of three factors: hard work, advanced scientific methods, and Mao Zedong Thought. 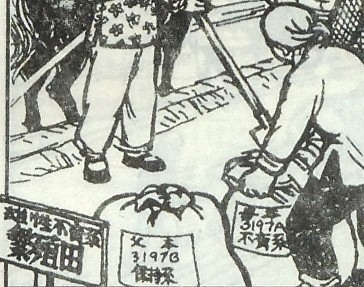 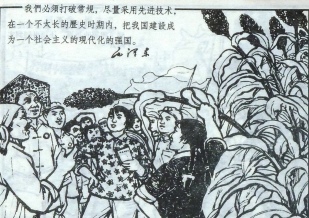 There are numerous quotations from the Chairman, and his image appears on no less than 38 of the 83 pages. 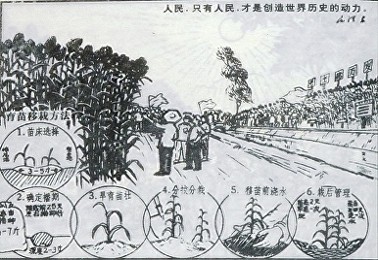 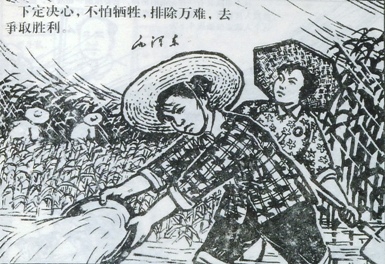 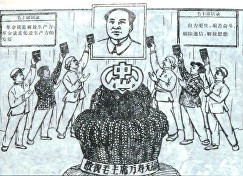