Dazhai was a production brigade in rural Shaanxi where villagers had rejected the reintroduction of private plots, and had worked collectively to improve the land and increase production. In 1964 Mao declared the Dazhai brigade to be a model organisation and launched the slogan, "In agriculture, learn from Dazhai". The brigade leader, Chen Yonggui, became a national figure and was elected to the Central Committee and later to the Politburo. 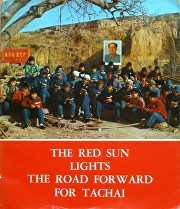 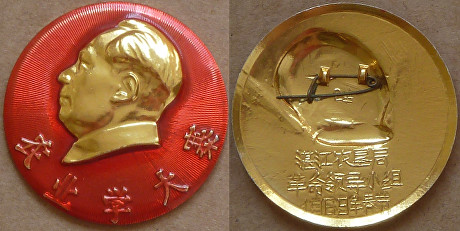 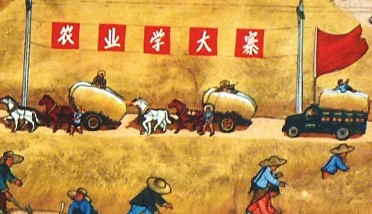 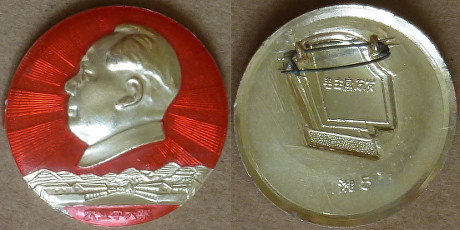 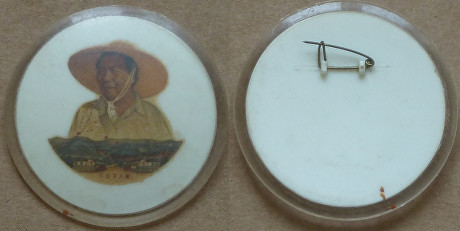 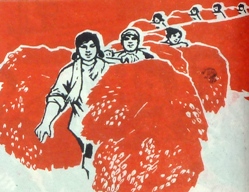 The slogan, "In agriculture, learn from Dazhai", was displayed in countless fields across China.

The badge below was issued by the Revolutionary Leadership Team of Zhanjiang State Farms (in Guangdong) to celebrate the 1969 Spring Festival.

These two badges show a view of Dazhai beneath the Chairman 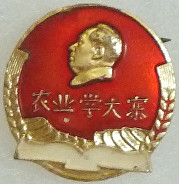 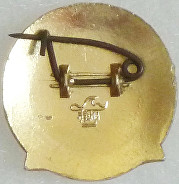