This Maozhang commemorates the Chairman's visit to the Dujiangyan irrigation system in Sichuan on 21st March 1958. The system was constructed during the Warring States period and diverts some of the flow of the Min River onto the Chengdu Plain, contributing greatly to Sichuan's agricultural productivity.

The badge shows the Anlan suspension bridge at Dujiangyan, one of the Five Ancient Bridges of China. Destroyed and replaced several times during history, the bridge that Mao visited dated from the early 19th century and was constructed from timber, ropes, and bamboo. This structure was replaced by one made of concrete and steel in the 1970s. The building on the left is the Erwang Temple at the foot of Mount Yulei. 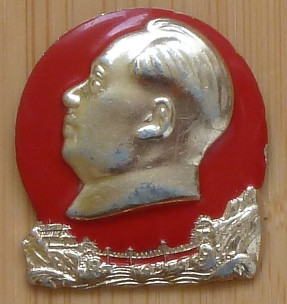 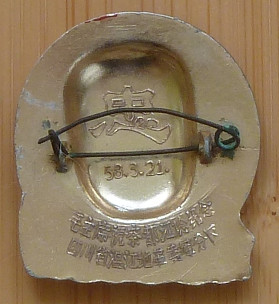 This view of Dujiangyan was painted by Tsen Hsueh-Kung (pinyin name uncertain) a few years before Mao's visit. 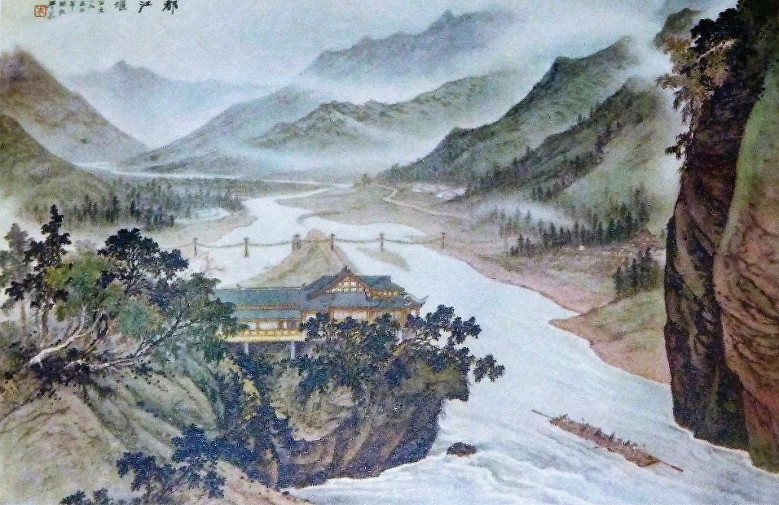