English is the most frequently encountered foreign language on the obverse of Maozhang made in Shanghai and Guangzhou for distribution in Hong Kong and through overseas outlets such as China Books. Some of the plastic examples below may well have been produced in Hong Kong or Macau for reasons of commercial gain rather than for furthering the cause of world revolution. 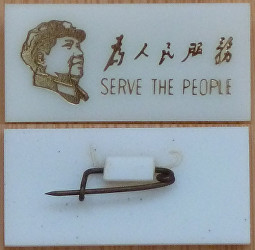 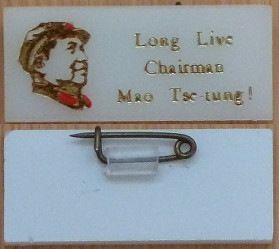 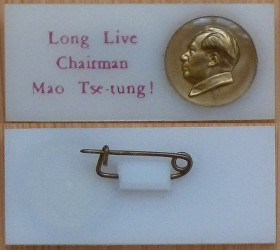 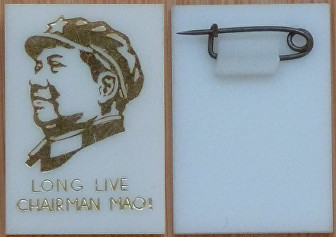 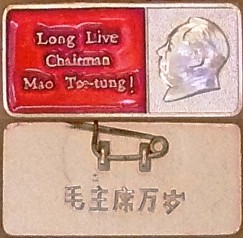 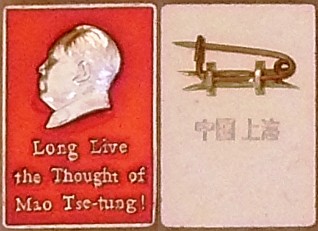 Minature plastic "Mao's Book" badges were made in several languages. 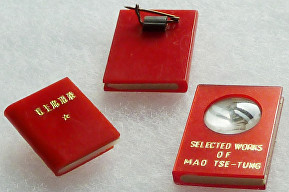