The two badges below carry the inscription, "Serve the people of China and people all over the world", and an image of Friendship Pass. During the late 1960s most of China's foreign aid went to North Vietnam, and the badge at left carries the reverse inscription, "Support Vietnam against the United States, commemorating the 4th detachment". 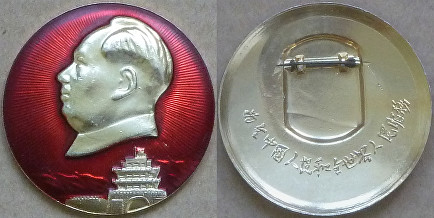 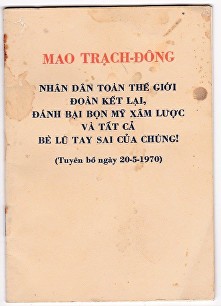 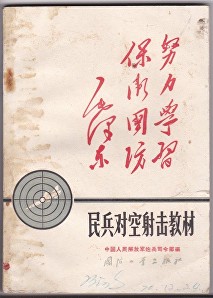 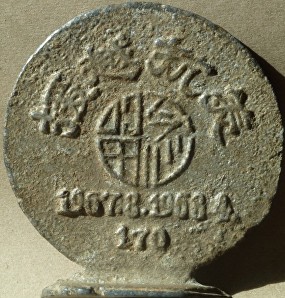 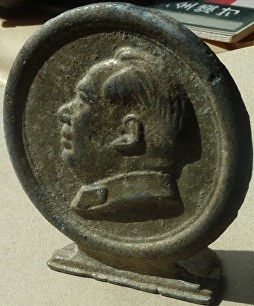 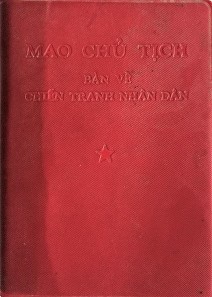 Between June 1965 and August 1973, China sent over 320,000 people to aid North Vietnam, including anti-aircraft artillery, engineering, railway, mine clearance, and logistics troops - .the highest annual deployment was more than 170,000 people - and the above-named 4th detachment were almost certainly a part of this commitment.

Far left: Foreign Language Press Vietnamese version of Mao's 26th May 1970 statement, "People of the World, Unite and Defeat the U.S. Aggressors and All Their Running Dogs!"

These latter two items are inscribed with the name of the Vietnamese owner, S. Binh.

During the Vietnam War the United States lost hundreds of fixed-wing aircraft over North Vietnam, to gunfire, missiles and MiGs. Objects made from metals salvaged from downed aircraft were prized mementos, and many of these were made by, or for, Chinese personnel. The piece of "trench art" at left is typical of the pieces brought back to China. On the reverse is the inscription, Support Vietnam, Resist the US", above a stylised circular "Souvenir of Vietnam" logo. The dates 1967.8-1968.4 presumably refer to Unit 170's service in Vietnam.