This presentation set of four badges was produced for the China National Garments Import and Export Corp. The prominent use of English on the lid of the case strongly suggests that it was, at least in part, intended for international buyers and suppliers. The badges were pinned to a removable piece of plastic foam which appears to be original. The obverses all have a crescentric design incorporating highly conventional Maoist revolutionary imagery: Tiananmen, sunflowers, flags, ship at speed, and five-pointed stars; however, the enhancement of the Selected Works by a (literary laurel?) wreath is quite unusual.

The reverses of all four are identical. The small differences in size and weight are perhaps indicative of the limits of precision that were attainable in Maozhang production.

The specially made case, which is solid and substantial, is constructed from two closely fitting pieces of self-coloured plastic with moulded hinges at the rear corners. 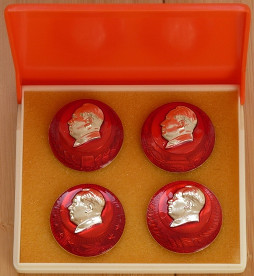 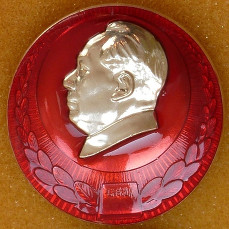 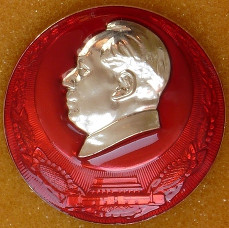 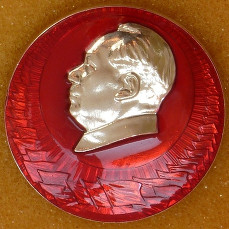 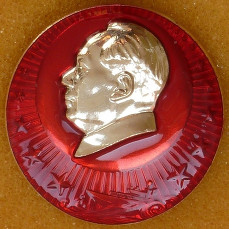 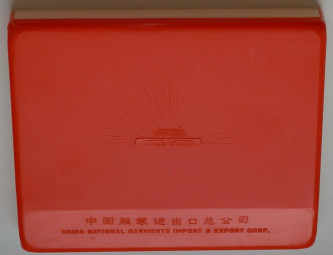 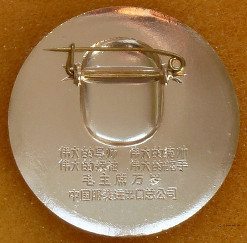 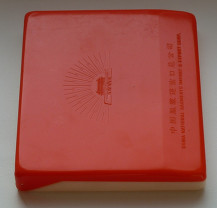