"be Chairman Mao's good soldier" (alternately translated as, "be a good fighter for Chairman Mao") - appears on many badges in Lin's own handwriting (perhaps to compensate for the omission), usually on the reverse.

On the badge at right, the first three of Lin's phrases are indirectly referenced on the obverse by three flags, five books representing the "five constantly read articles" and the inscription, "Fight selfishness, repudiate revisionism". 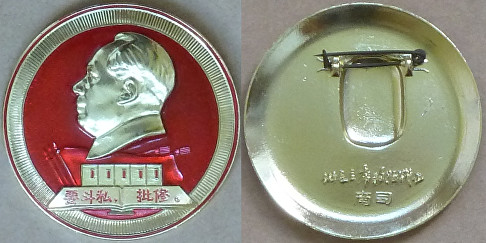 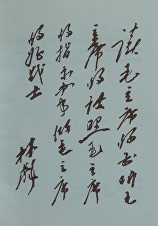 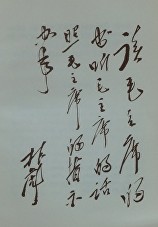 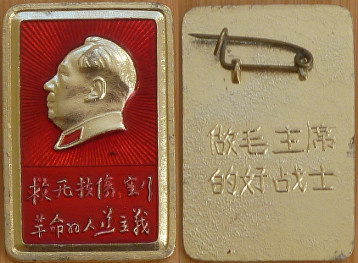 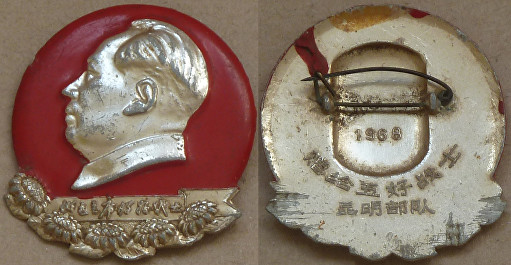 At right, Lin's endorsement from the second edition* of the Quotations (People's Liberation Army Publishing House, August 1965). Lin had been requested to write four phrases taken from Lei Feng's diary. For unknown reasons he wrote only the first three phrases.

*Although there were a few earlier compilations, scholars are generally agreed that the first edition of the Quotations was published in May 1964.

At left, Lin's revised calligraphy from a later edition of the Quotations (Xinhua Publishing House for the General Political Department of the PLA, December 1967) with all four of Lei's phrases, "Read Chairman Mao's books, listen to Chairman Mao's words, act according to Chairman Mao's instructions, and be a good fighter for Chairman Mao".

The phrase was also sometimes inscribed in standard characters. 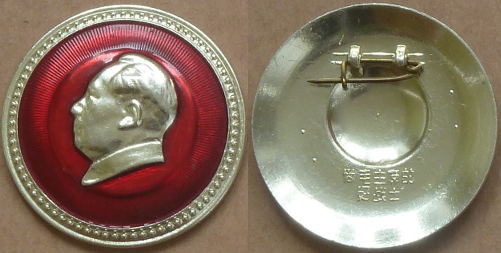