The British colony of Hong Kong was hardly immune from the turmoil of the Cultural Revolution, which provoked strikes, demonstrations and full-scale riots. Maozhang were commonplace, and while most were imported from Guangzhou and other nearby mainland cities, some were manufactured in the colony. Although somewhat staid in design, Hong Kong badges are characterised by their relatively large size and high-quality surface finish on both obverse and reverse.

Right: an anonymous loyalty badge made in Hong Kong. 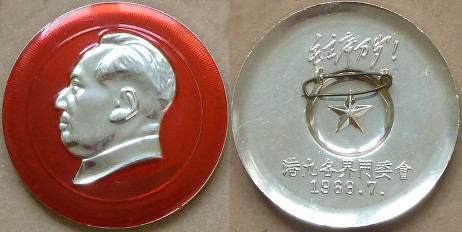 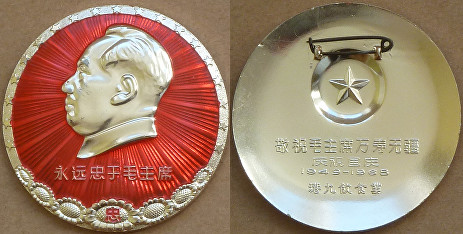 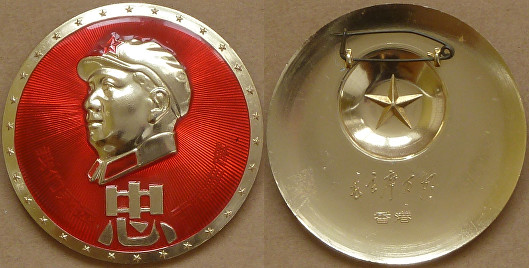 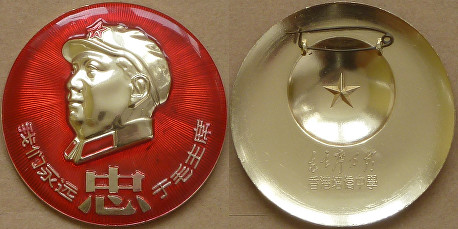 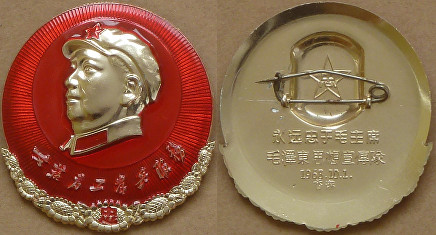 The two badges below implicitly commemorate the July 1967 anti-British riots in Hong Kong. The reverse inscription "Hong Kong and Kowloon Fight Committee" is an abreviated form of the "Hong Kong and Kowloon compatriots of all professions oppose the Hong Kong British persecution and struggle committee", an organisation closely associated with the riots.

Below are two badges produced for the People's Republic of China National Day 1968.

At left: badge issued on behalf of the Hong Kong and Kowloon Catering Industry.

Below left: issued by the Pui Kui Middle School, a pro-Communist institution founded in 1946 that remained independent until it was taken over by the British authorities in the 1970s. Below right: issued for Hong Kong light industrial workers. 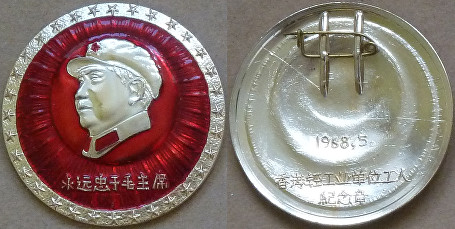 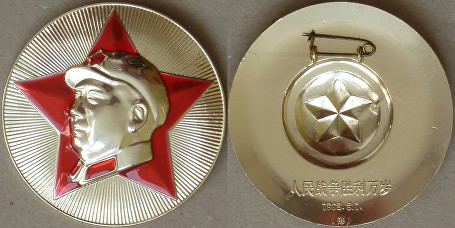 The badge above left commemorates the CCP's official birthday (1st July) in 1968 . The badge above right was issued for Army Day 1968 and bears the reverse inscription, "Long Live the Success of the People's War", a slogan attributed to Lin Biao. 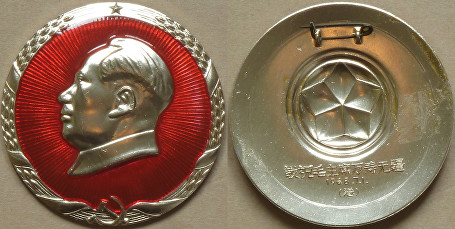 The tiny character "kong" at the bottom identifies these badges as being made in Hong Kong.