In addition to the conventional repertoire of revolutionary motifs - Mao's portrait being the most prominent - some industrial enterprises individuated their Maozhang with relevant imagery.

On the badge at right, which was issued in Fushan, the massive dragline excavator loading rail trucks most likely illustrates open-cast coal mining. 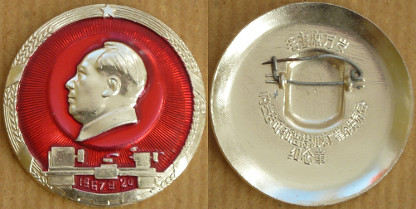 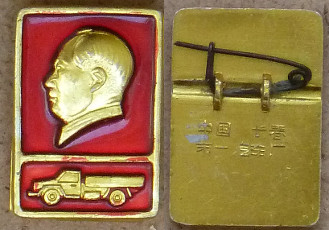 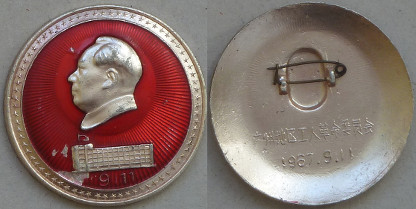 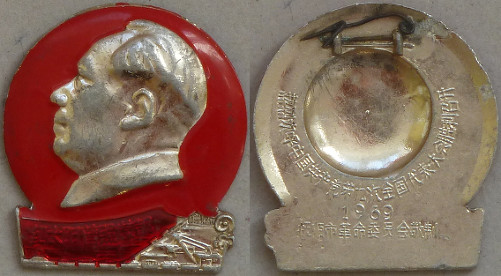 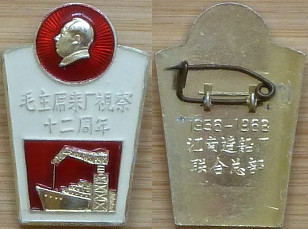 Issued by the General Headquarters of the United Alliance, this commemorates the 12th anniversary of Mao's visit to the Jiangnan Shipbuilding Yard