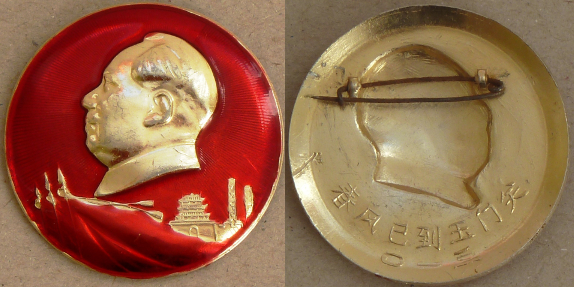 The reverse inscription- "The spring breeze has blown through the Jade Gate" - is a paraphrase of a famous line by the Tang-era poet Wang Zihuan. Referring to the inhospitable landscape beyond the Great Wall, Wang wrote, "The spring breeze can never cross Jade-Gate Pass".

This rare classical allusion was first used in January 1968, and probably refers to the establishment of revolutionary Committees in Gansu. 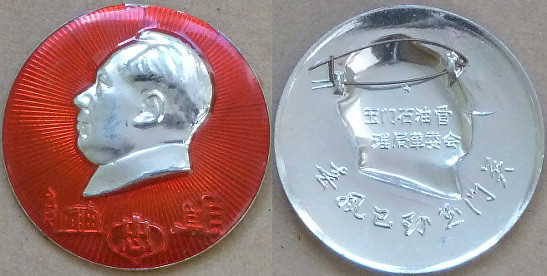 This badge was issued by the Yumen Petroleum Administration Bureau. The loyalty heart below Mao is flanked by a derrick and pumping station to the left and the distillation towers of Yumen refinery to the right.

Oil was first drilled in the Yumen oilfield in 1939, but large scale production did not start until after the War of Liberation.