This badge is perhaps more interesting for what it does not show rather than for what it shows. Below Mao is a line of peaks with a traditional pavilion in the foreground. The inscription identifies the location as Langyashan. This might be Langyashan near Chuzhou in Anhui, well-known for it' scenic beauty and enhanced by a thousand year-old pavilion, named the Drunkard's Pavilion by a Northern Song poet. Alternatively it may be Langyashan in Hebei, which has other claims to fame.

In Hebei in late September 1941, following a raid on a Japanese base, a small group of Eighth Route Army soldiers was detailed to draw pursuing Japanese up the slopes of Langyashan in order to give the main force an opportunity to escape. The deception plan worked perfectly and the Japanese advanced up the mountain in the belief that they had corned the whole raiding party. After hours of bitter fighting on the steep slopes, only five of the defenders remained alive. When they ran out of bullets they threw rocks at the advancing Japanese, but were eventually forced to retreat to a cliff edge at the summit. Rather than take the risk of being captured, they threw themselves off the cliff. Three of them fell to their deaths while the other two suffered serious injuries, their fall having been broken by the branches of a tree.

On 7th November 1941 General Nie signed an order naming the "Langya Five Heroes", and their fame grew steadily. After 1949, their story became a set text in Chinese primary school textbooks. In 1958 a hugely patriotic and popular film, "Five Heroes on Langya Mountain was released", and in the following year a tall "Langya Five Heroes Monument" was built on the site of an earlier "Three Martyrs Tower".

The two survivors, who had been rescued and nursed by villagers, survived to the end of the war. During the fervor of the Cultural Revolution, one of them was openly questioned for having survived - it seemed suspicious to some that he had lived while three of his comrades had died. If this badge depicts Langyashan in Hebei, then this may be the reason why there is no reference to the Five Heroes. If it is the Langyashan in Anhui, then it is difficult to explain why a traditional beauty spot with no revolutionary significance was thought suitable imagery for a Maozhang. 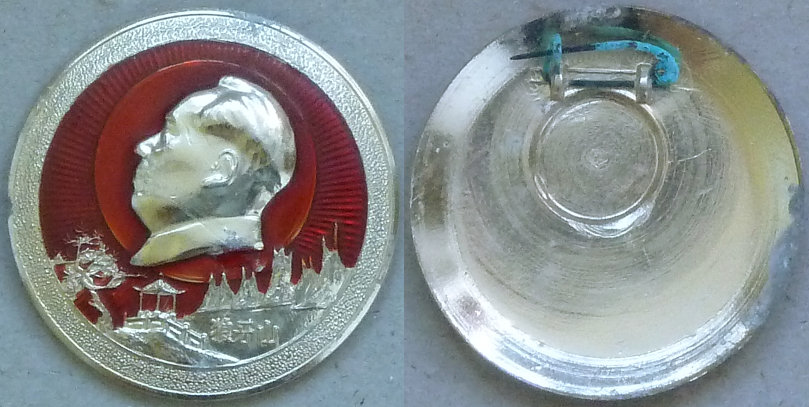 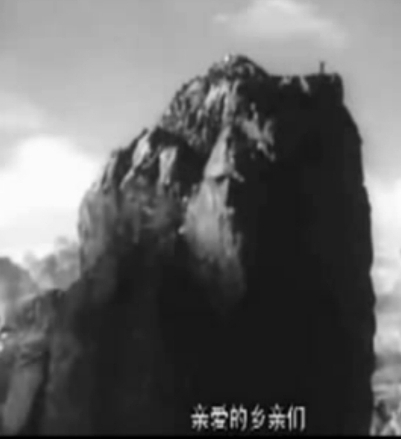 The climactic scene from the 1958 film