The first communist militias were organised during the late 1920s from peasant self-defence units. During the Anti-Japanese War and the War of Liberation, militias were tasked with defending supply depots and convoys, policing captured territory, and searching out spies and collaborators.

At high-level meetings during the late summer of 1958, when fears of US-backed aggression were at a high point, Mao several times called for a bigger and better organized militia. On 29th September he met with journalists from the Xinhua News Agency and spoke of the need to "establish the militia in a big way". On 30th October the People's Daily used this phrase as its headline, and by the beginning of 1959 more than 100 million people had joined thousands of new militia units. 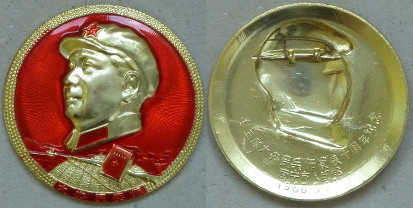 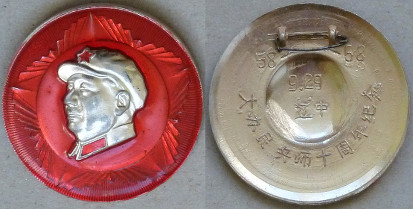 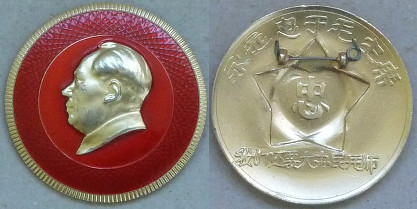 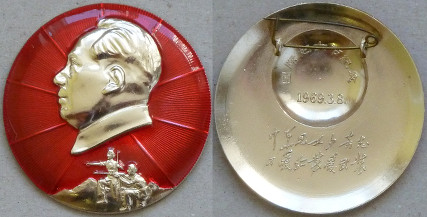 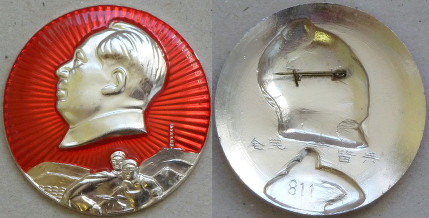 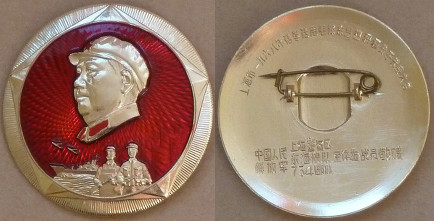 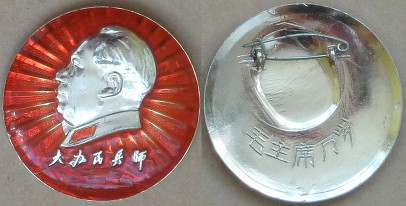 We have established the militia in a big way

Establish the militia in a big way

Militias had been rural organisations, but after 1958 many urban militia units were formed at mines, industrial plants, factories, and training institutes. The militiamen standing next to PLA soldiers on the two badges below are readily identifiable as industrial workers by their distinctive overalls.

During the Cultural Revolution the presence of millions of trained militia and thousands of militia arsenals scattered throughout the country made a significant contribution to the escalation from factionalism to armed conflicts amounting to civil wars. 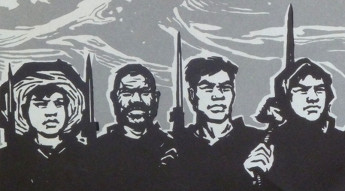 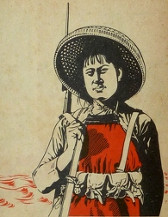 The badge at right was issued to mark International Womens' Day 1969. The inscription is taken from Mao's poem on a photograph of militia women:

They love their battle array, not silks and satins"