The Party's propaganda machine had a tradition of identifying and publicising models - individuals who personified correct behaviour and who should be emulated by the rest of the populace. Before the Cultural Revolution the best-known models were Liu Hulan and Lei Feng.

Liu was a 14 year-old village activist arrested by the Nationalists in 1947 for her alleged involvement in the assassination of a Nationalist official. Sentenced to death, Liu was offered a reprieve if she renounced Communism; she refused and was beheaded. In Mao's own words Liu Hulan had:

"a great life, a glorious death".

Lei Feng, was introduced as a model in 1963 after he was killed in a traffic accident. Lei was to be emulated not for his mundane death, but for his attitude to life. Published posthumously, his diary revealed that Lei had carefully studied the Chairman's writings and had endeavoured to serve the people through constant selfless actions. Considerable resources were devoted to the "Follow the Examples of Comrade Lei Feng" campaign. In the words of the propagandists Lei was the "nail that does not rust" and Mao himself contributed the directive, "Learn from Comrade Lei Feng".

Lei featured on countless thousands of posters and in schoolbooks and masthead books. One particular image of Lei with the flaps of his winter uniform cap dangling became iconic. It was instantly recognisable even from a distance, and by the beginning of 1966 Lei Feng was arguably the second-most well-known face in China. 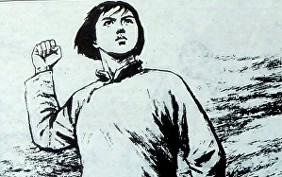 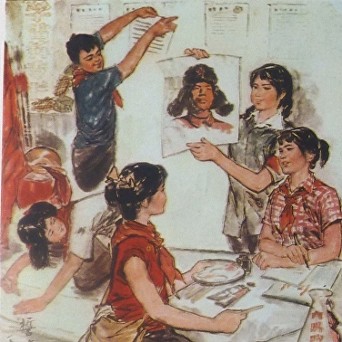 Li Hulan, defiant to the end; detail from a 1972 lianhuanhua biography. 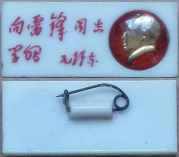 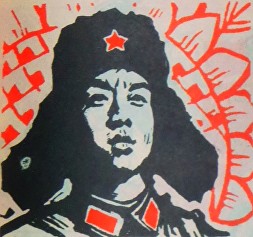 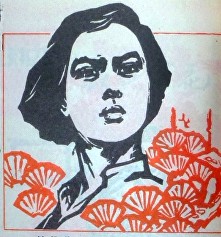