When workers were permitted to participate in the Cultural Revolution in the autumn 1966 (and especially after the 1967 "January Storm"), they followed a pattern established by student Red Guards and formed numerous revolutionary factions that claimed local leadership of the revolution. The ensuing inter-factional conflicts affected every part of the country, and were particularly troublesome in the northeast where much of China's heavy industry was concentrated. 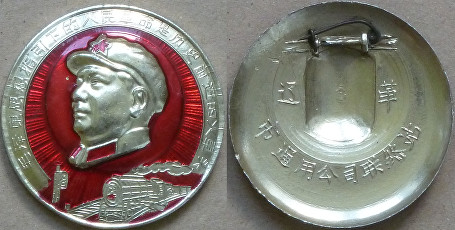 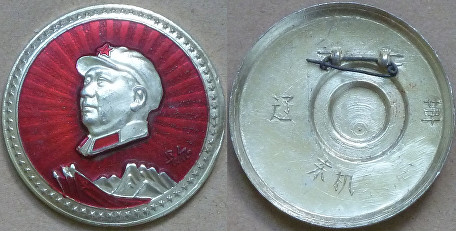 These four badges were issued by LiaoGe (Liaoning Proletarian Revolutionary Liaison Station). LiaoGe was formed on 10th May 1967 in opposition to LiaoLian (the Liaoning Revolutionary Rebels Joint Committee); the badge above right was issued for Liaoge's first anniversary. On 18th May the two organisations clashed violently at the Dawn Machinery Factory with more than 60 people killed or seriously wounded. A third mass organisation, 8.31 (August 31st Revolutionary Rebellion General Command), was established on 5th June. Sporadic street warfare continued until a peace agreement brokered by Zhou Enlai was signed in Beijing on 27th January 1968. Three days later a "Three Great Revolutionary Mass Organisations to Realize the Revolution Joint Conference" was held in Shenyang's People's Square.

Liaoning's three mass organisations had each grown to prominence through amalgamating smaller organisations that often maintained their separate identities. The two badges below were issued by the Shen(yang) General faction. The one at left is further inscribed "electro-mechanical" (power generation?); the one at right was issued by Shen General Light Industry Mao Zedong Thought Red Guards. 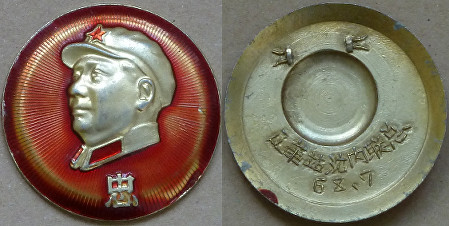