Pen nibs clearly symbolised writing, and in New China no writing counted more, both in quantity and importance, than the writing of Mao Zedong. The badge at right has a highly unusual border design; the obverse inscription, is one of the most widely employed, at least on "official" badges, of the Chairman's typically succinct slogans, "Fight self-interest. Repudiate revisionism."

There was, however, more to a revolutionary pen nib than a simple synecdoche for the written word. 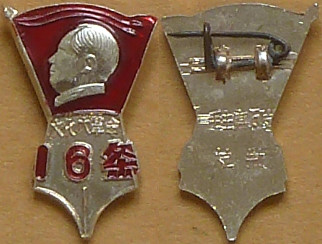 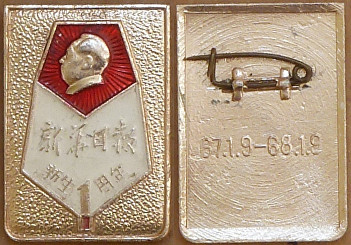 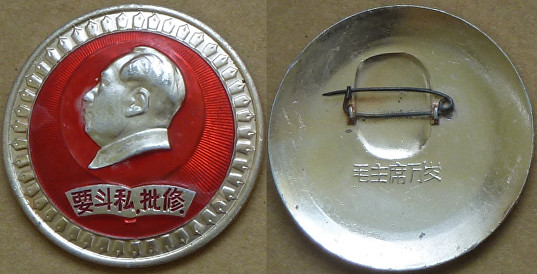 The traditional, and therefore "old", Chinese writing implement was the brush, and the pen could be seen in opposition as representing the "new" and modern. Metal nibs were first imported in the 19th century and the first Chinese pen factory opened in 1926. By the 1960s pens were commonplace in schoolrooms and offices, but they had not replaced the brush completely. Pens were for the mundane tasks of accounting, administration and keeping a diary, while brushes were used for more elevated activities, such as calligraphic inscriptions and big-character posters.

Additionally, the pen nib was made of hard steel as opposed to the soft hair of the brush, and as such it was easily weaponised. Rather than the pen being mightier than the sword, the pen became a virtual bayonet to be used against the enemies of the revolution. Thus realised the pen nib combined wen and wu to great effect. 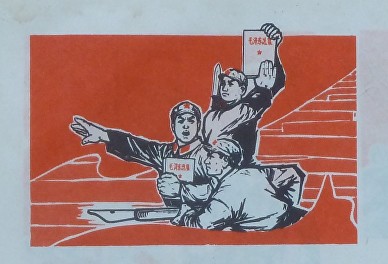 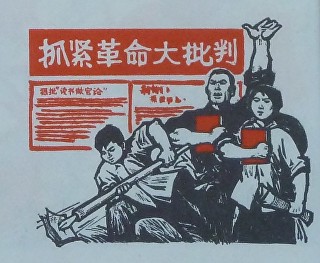 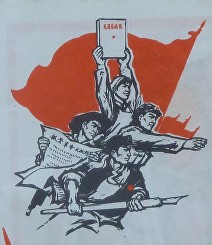 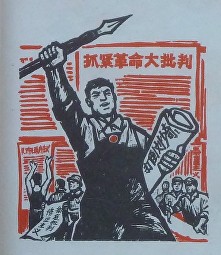