This hand-painted bamboo badge depicts the "Octagon House", where Mao lived and worked between October 1927 and February 1929. The two-storey house is located in Maoping, a village at the foot of the Jinggang Mountains (Jinggangshan), which Mao chose as his headquarters after the failure of the "Autumn Harvest" uprising. When Guomindang troops moved into southern Jiangxi, Maoping was abandoned and the headquarters moved to Dajiang higher in the mountains and from there to Ruijin. 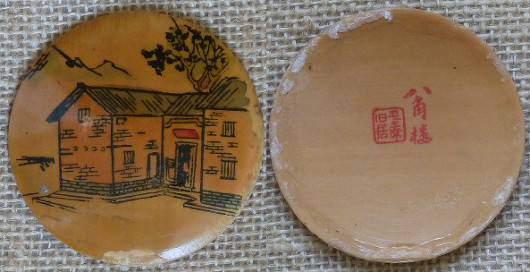 The "Octagon House" was not eight-sided, it took its name from an octagonal skylight in the roof. The house was burned when Maoping was eventually captured by Guomidang forces, and was restored during the 1950s.

The badge appears not to have been fitted with a pin, and was glued to a sheet of paper by a previous owner. The form of the reverse inscription, in the style of a traditional seal, is unusual. 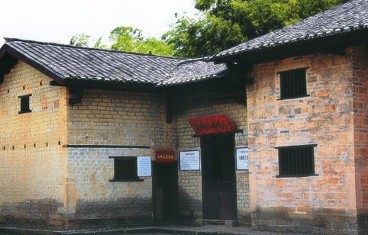 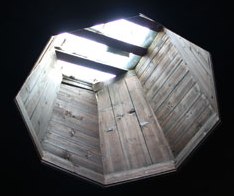