On 3rd September 1965 the People's Daily published an article by Lin Biao, whose star was then very much in the ascendant, entitled Long Live the Victory of the People's War! In Commemoration of the 20th anniversary of Victory in the Chinese People's War of Resistance Against Japan. The lengthy text consists mainly of extended, detailed, and somewhat repetitious, praise for Mao's military genius, and concludes with condemnation of US imperialism and Soviet revisionism.

Lin's "brilliant work" was republished by the People's Daily on 1st August 1967 to commemorate the 40th anniversary of the founding of the Chinese People's Liberation Army, and was subsequently reprinted as one of the numerous little red vinyl-covered books that were widely distributed during the Cultural Revolution. The title became one of the "revolutionary slogans in constant use"; on the badges below it is rendered in facsimile of Lin's calligraphy. 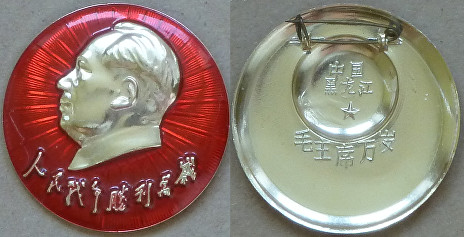 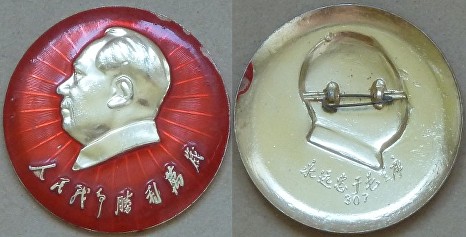 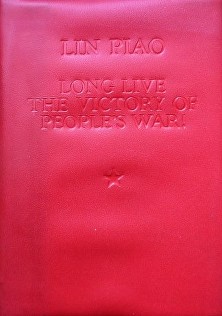 Long Live the Victory of the People's War