The pinyin system of transliterating Chinese characters using the 26-letter alphabet was developed in the PRC and was officially adopted in 1958. Pinyin was immediately introduced into primary schools as an aid to learning the 3,500 characters required to progress to middle school; its use was also encouraged on magazine covers and product labels.

During the Cultural Revolution pinyin was used in addition to Chinese characters on some, but by no means all, "official" posters; Red Guards and Rebels generally disdained its use, probably because of its close association with primary schooling. Pinyin rarely appeared on Maozhang - either to repeat a slogan, as on some posters, or for place names. 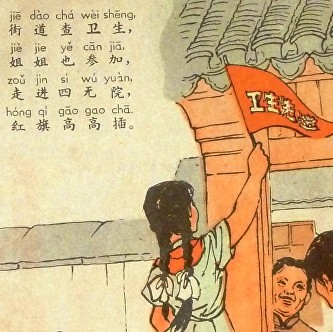 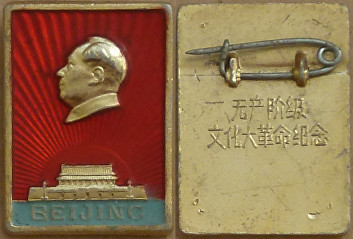 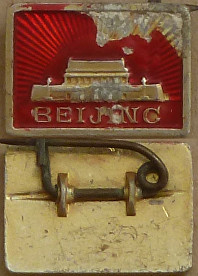 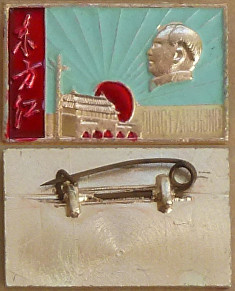 Pinyin was also used to elucidate difficult characters in texts intended for young readers and semi-literate adults as in the example at right from a 1958 lianhuanhua version of The Feather Letter. 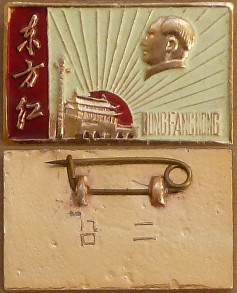 At left: detail of a page from I Would Also Like To Wear A Red Scarf 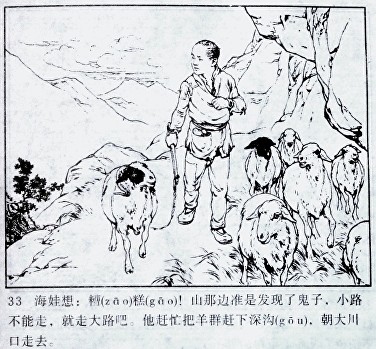