The Peasant Training Movement Institute in Guangzhou resulted from the first United Front between the CCP and Sun Yatsen's Guomindang. It opened in July 1924, at which time Mao Zedong held senior positions in both these political parties.

Mao taught part-time at the institute and was appointed Principal for the sixth and final term before it closed in September 1926 as relations between the Communists and Nationalists became less amicable.

In addition to its association with the Chairman, the Peasant Training Movement Institute had national significance because it represented the first attempt by a Chinese government to educate the rural population in political affairs. 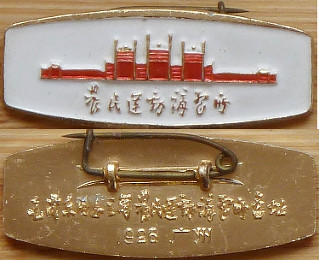 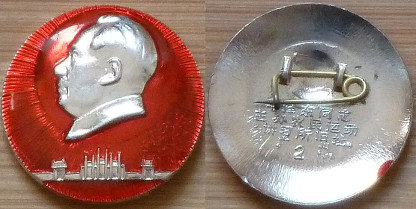 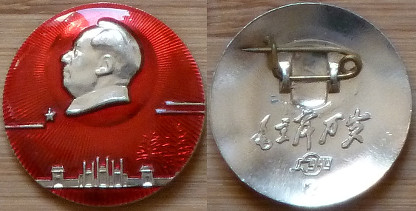 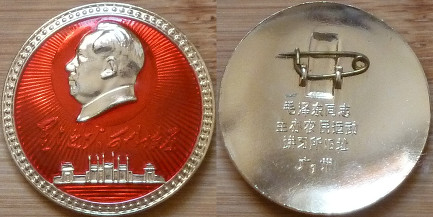 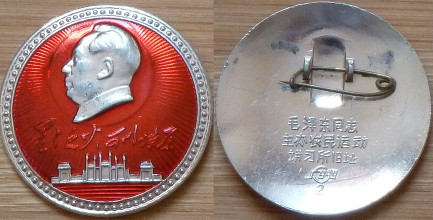 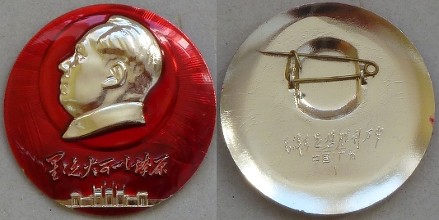 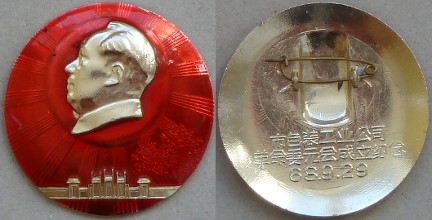 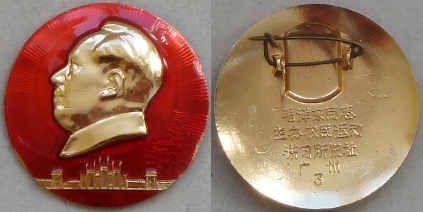 The badges show the entrance to the Institute (a former temple), usually with two trees within the courtyard. The image is sometimes enhanced by the addition of stylized clouds and a star; and its revolutionary significance emphasized by a flaming torch. For obvious reasons the Peasant Movement Training Institute motif was extremely popular with Maozhang issuers in Guangzhou.