During the early 1950s some locally-produced badges, such as those supporting the "Resist the US, Aid Korea" campaign, featured a flat profile portrait of Mao that was simplified to the point of being a visual mnemonic rather than a likeness. The same portrait style was also used for Mao and Stalin on the membership badges of the short-lived Sino-Soviet Friendship Association. The style improved as the decade progressed, but was for the most part replaced by portraits in relief. 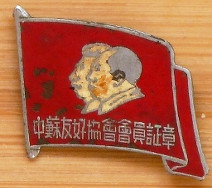 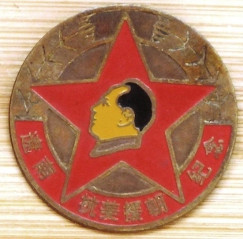 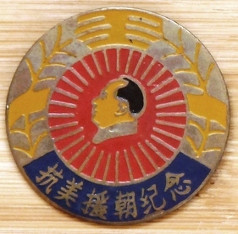 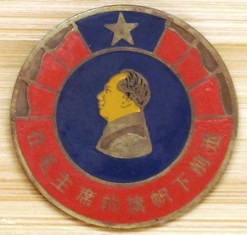