As early as June 1966 command of some of Beijing's public security units had been transferred to the Beijing Garrison. This process of the militarization of public security continued on an ad hoc basis until the very end of 1967 when control of the whole public security apparatus was formally handed over to the PLA.

This transition is neatly illustrated by two public security badges from Guangxi - Guangxi Union was the winning side in the province-wide civil war that raged through the summer of 1967. 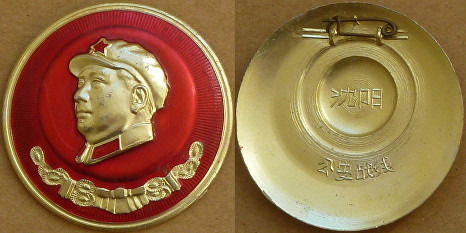 This badge commemorates attendance at a reception held by Mao on 25th January 1969; it was issued in the name of, "The Chinese Peoples Liberation Army, Guangxi Public Security under Military Control". 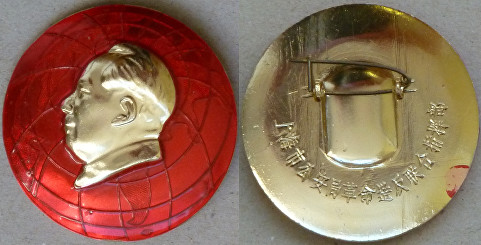 The badge at left was issued by the  Shanghai Public Security Bureau Revolutionary Rebels Joint Command.