Issued in 1968 this badge commemorates the third anniversary of Mao's "Directive on Public Health" dated 26th June 1965, and which became known as Directive 626.

The identity of the organisational unit(s) 152-323 is unknown. This numerical designation appears on other Maozhang commemorating the 626 Directive and it is a reasonable assumption that 152-323 was part of the public health initiative, perhaps training barefoot doctors.

The Chairman's 626 Directive lambasted the Ministry of Public Health for providing medical care for only 15% of the population, mainly city-dwellers, "while the broad masses of the peasants do not get any medical treatment". In words laden with anger and sarcasm he suggested that the ministry be renamed the "Ministry of Urban Gentleman's Health" (the meaning of "gentleman" here best translated as "cadre"). Mao's call for a reform of medical education and the extension of health provision to the countryside resulted in the introduction of the so-called barefoot doctors, which became official policy in 1968 (perhaps prompting this badge's issue). 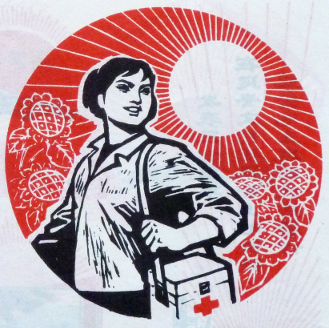 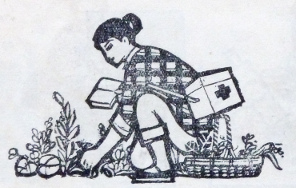 Minimally educated and with practically no equipment, the barefoot doctors were encouraged to make use of traditional medicinal plants mainly because of shortages of modern pharmaceutical products. Often criticised for their ineffectuality, the barefoot doctors nevertheless became one of the most famous innovations of the Cultural Revolution as the living embodiment of the slogan "Serve the People".

The badge at left has the obverse inscription, "Put the focus of health care into the countryside",above the date 6.26.

It was issued by the revolutionary committee of Wuhan Medical College.