The very prominent piano on this badge indicates that it refers to the piano-accompanied version of The Red Lantern written by the composer Yin Chengzong. It is possible, on this anonymously produced badge, that the figure seated at the piano was intended to represent Yin. Even if that was not the case, the musical cognoscenti may well have made that assumption - especially in view of Yin's talent for self-promotion. 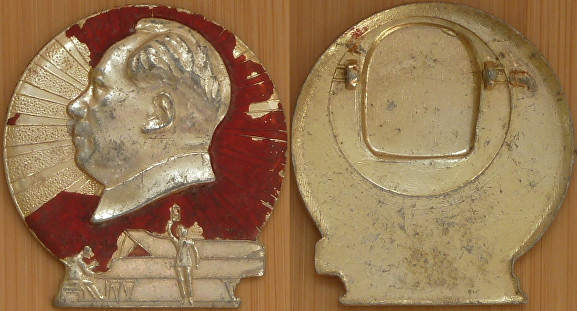 Yin Chengzong was born in 1941 on Gulangyu Island in Xiamen on the Fujian coast. Gulangyu is known as "Piano Island" and is home to China's only piano museum. Yin began to learn the instrument at age seven, and subsequently studied at the Shanghai Conservatory of Music and in the USSR at the Leningrad Conservatory. On his return to China he joined the Central Philharmonic Orchestra in Beijing.

When the Cultural Revolution ended the performance of bourgeois Western music, the members of the orchestra became effectively unemployed. Yin had a piano trucked to Tiananmen Square where played accompaniments to revolutionary songs. This overt enthusiasm brought him to the attention of Jiang Qing who appointed him to a musical committee assigned to rework Xian Xinhai's patriotic composition, the 1939 Yellow River Cantata. The resulting 1970 Yellow River Piano Concerto is generally credited to Yin, who cleverly incorporated the melody of The East is Red into the final movement. His version of The Red Lantern takes the form of a cantata with a series of arias from the opera, and it is a performance of this work that is illustrated on the above badge. 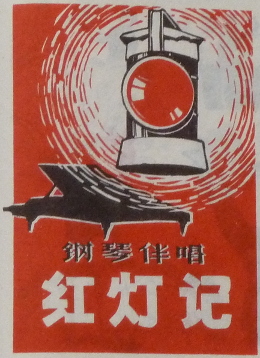 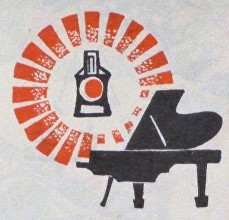 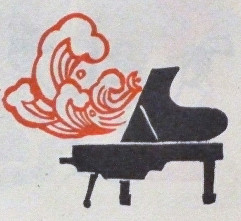 Yin's version was iconized in masthead books and the concert piano - large, expensive and undeniably Western and bourgeois - became an unlikely symbol of revolution.