The vast majority of Maozhang portray the Chairman facing to the left. In the highly competitive circumstances of the Cultural Revolution, when the slightest nuance could be charged with disproportional significance, there are stories, some of which are undoubtedly true, of individuals being struggled against and persecuted for the "crime" of showing Mao facing in the "wrong" direction. However, while a left-facing image was preferred, and was in the eyes of revolutionary pedants more ideologically "correct" (see example at right), it was by no means an inviolate rule. The badges below, and examples from other media, clearly demonstrate that while relatively uncommon, right-facing images could be deployed without apparent criticism. 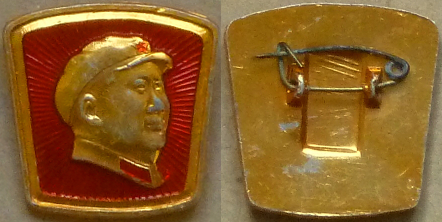 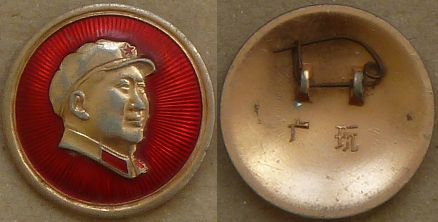 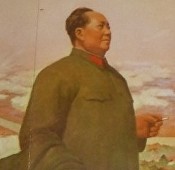 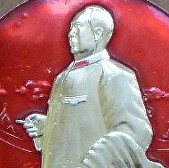 A widely reproduced painting by the Zhejiang Academy of Workers', Peasants', and Soldiers' Arts showed Mao facing to the right. When the pose was reproduced on badges it was usually "corrected" to conform to the left-facing bias. 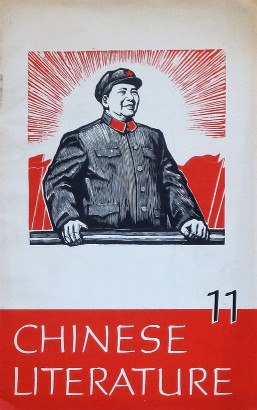 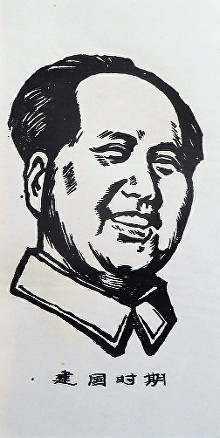 "Foundation Period" Mao from Selections of Woodcut Portraits of Chairman Mao, compiled in 1967 by Red Guards at the Central Academy of Fine Arts .

Cover and inside page detail from Chinese Literature, November 1967 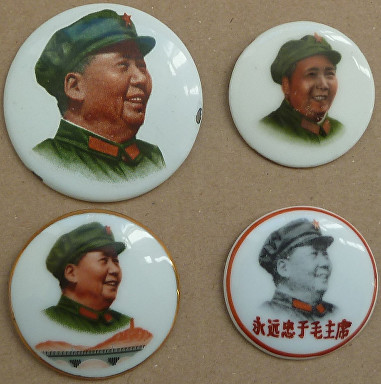 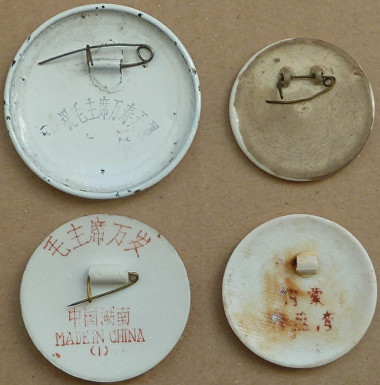 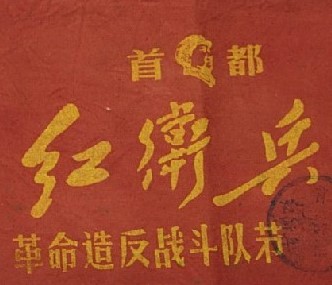 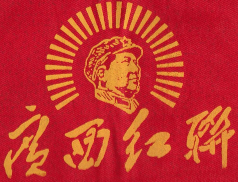 Badges that used photographic portraits, such as those made of enamelled steel (top left) or ceramic, made more frequent use of right-facing portraits.