This remarkable badge was issued by the Revolutionary Committee of the No. 2 Machinery Bureau in Tianjin.

The reverse bears a lively image of a steam locomotive speeding past an industrial skyline beneath highly stylized clouds. Above the clouds the reverse depression has been formed as a five-petalled plum blossom, with a railway-themed inscription, "The people's revolution under the guidance of Mao Zedong Thought is the front of the train driving history forward".

The obverse is equally remarkable, with a large Shaoshan located centrally and directly above Tiananmen instead of being placed to one side; and the whole design has been executed in unusually high relief by a die cutter of exceptional skill, e.g. the sides of Pagoda Hill and the hammer and sickle on the flag below Zunyi. 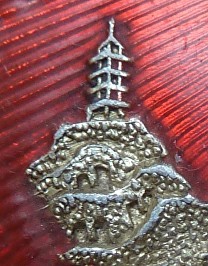 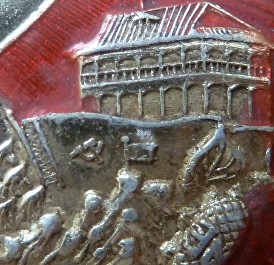