Only the pendant is marked as silver (95%); the weight and tarnished reverses of the two badges strongly suggests that these too are silver, albeit of unknown purity. It is very unlikely, but not impossible, that any of them were made after May 1966. Silver was not a proletarian metal; it was not available to the masses and was therefore inappropriate during the Cultural Revolution. However, during August 1966 Red Guards in Beijing seized nearly 20 tons of silver and those in Shanghai seized 2.4 million pre-Communist silver dollars, with countless more dollars, sycee and decorative silver items being appropriated in other town and cities. So there was certainly enough silver in "circulation" for some of it to have been diverted into making Maozhang. On balance, these items were probably made during the 1950s, and were sold through state-run stores. 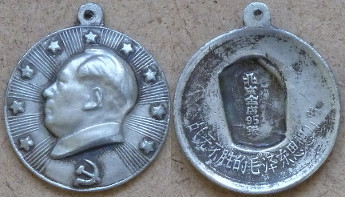 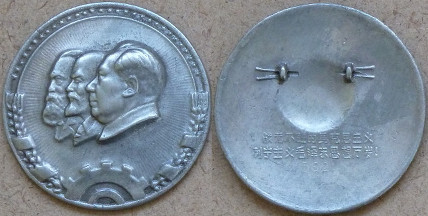 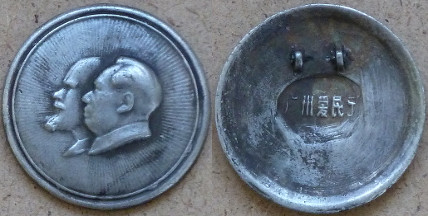