First recorded in China in 1621 as zhangju ("10-foot chrysanthemum"), the sunflower had by 1635 acquired the appellation xiangrikui ("turning toward the sun big flower"), often shortened to kui. Sunflowers were cultivated in a widespread but piecemeal fashion as a garden flower and as a snack food. Nineteenth century sources describe roasted sunflower seeds sold as a street snack in Guizhou and Yunan.

Large-scale cultivation began in northeast China in the 1950s using oil-rich varieties from the USSR; fields of sunflowers, and soon the flower itself, soon became symbolic of the Chinese people whose hearts and faces were constantly turned toward the big red sun that was Chairman Mao. 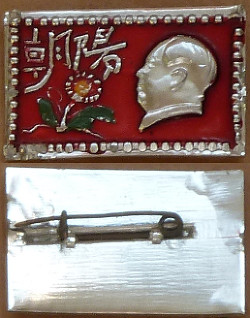 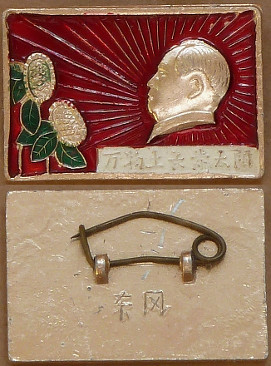 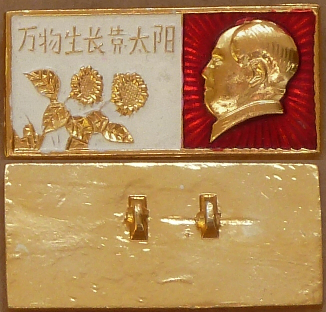 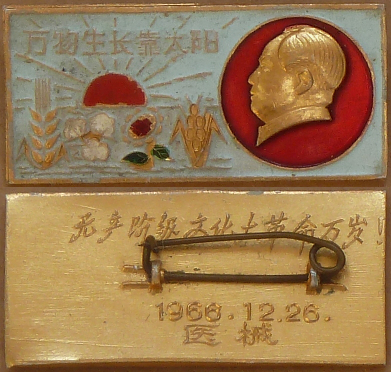 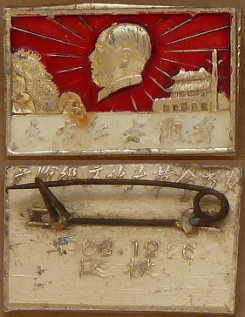 The importance of the sunflower as an agricultural crop is shown by its inclusion here alongside wheat, cotton and maize.

The badge above uses the same reverse die as the badge at left despite it being too large, hence the first character of the inscription is omitted.