Cotton was the China's staple clothing textile, providing lightweight shirts in the south and warm padded jackets in the north. Among the many changes experienced by the rural population during the first quarter-century of communist rule was a fundamental transformation of their clothing - from home-made clothes made from home-made cloth to factory-made clothing made from factory-made cloth. The amount of cotton that farmers were allowed to keep for their own use was steadily reduced until it was insufficient for a single individual, let alone for an entire family. 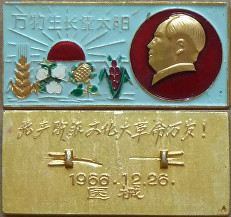 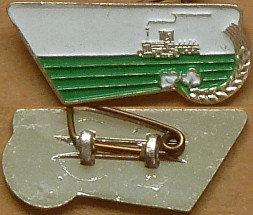 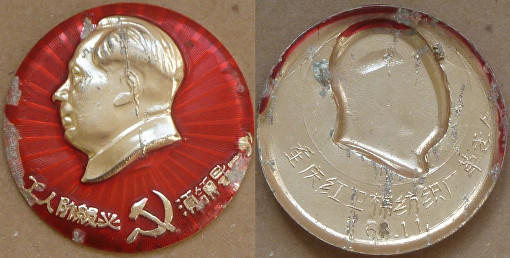 Because it was easily recognisable, and its products ubiquitous, cotton was often twinned with wheat in masthead books as an icon representing the whole of arable farming.

The above badge, which calls for the working class to command everything, was issued by the revolutionary committee of Chongqing's Hongwei Cotton Textile Factory. 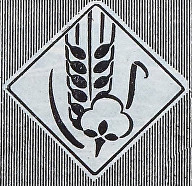 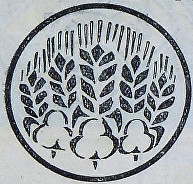 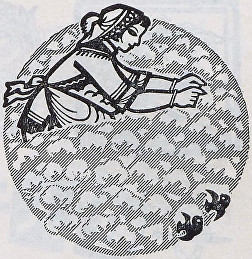 Cotton cloth had become a factory-made commodity by the time of the Cultural Revolution, but the cotton crop was still grown and harvested by hand.