Whenever deemed appropriate the PRC's ideology was referred to as Marxist-Leninist-Mao Zedong Thought. In the 1950s a visual trope of five major theorists was developed by adding Mao to the then Soviet pantheon of Engels, Marx, Lenin and Stalin. Copying the Soviet model they were conventionally portrayed as overlapping left-facing profiles but with the addition of Mao in the foreground. During the Cultural Revolution this trope was manipulated on Maozhang to give the Chairman even greater prominence, by showing him larger and facing the viewer, or by grouping the theorists and putting Mao in a group by himself. Other badges reduced the theorists to a troika by omitting Engels and Stalin, or simply paired Mao and Lenin as the two greatest revolutionary thinkers. 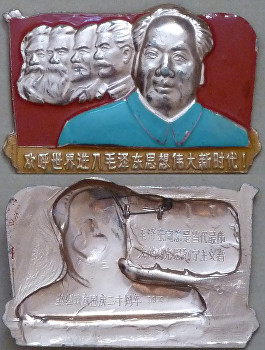 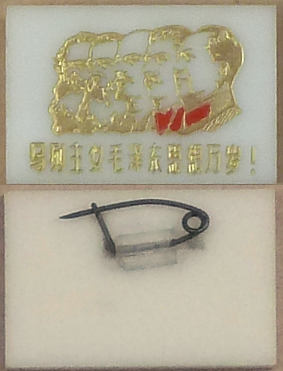 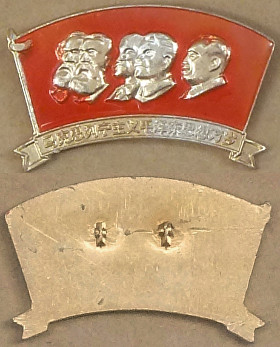 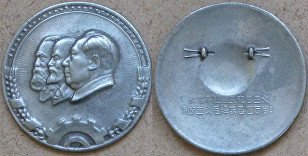 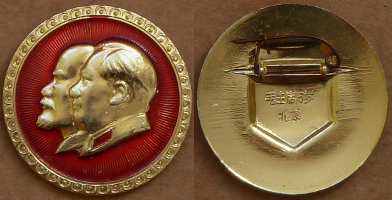 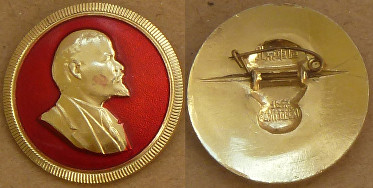 The Lenin badge above was produced by the Beijing Red Flag Badge Factory, probably in connection with celebrating the centenary of his birth in 1970.

The use of a right-facing profile may or may not be significant. In profile Mao was almost invariably portrayed facing to the left. Profile portraits on Soviet badges made for the Lenin centenary show no particular bias to left or right.

Although Mao was believed to be the supreme source of revolutionary wisdom, the other theorists were not ignored. Quotations from Marx were routinely placed next to quotations from the Chairman at the front of school textbooks, and children were exhorted to "Study as Lenin Studied".

At left: the red vinyl cover of "Quotations on Education from Chairman Mao, Marx, Lenin, and Stalin" published in 1968 by students at Beijing Technology University. 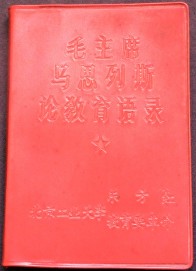 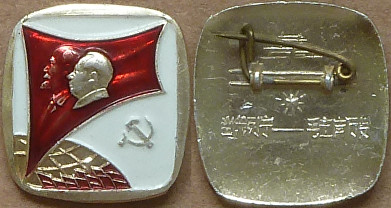 The reverse inscriptions on the two badges above name Mao as "The modern-day Lenin". 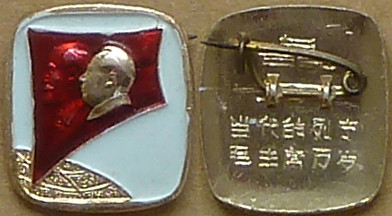