Tiananmen, emblematic of central authority and the People's Republic, is usually depicted on the obverse of badges either below or alongside Mao's portrait. In some cases, generally on commemorative badges, it was used as a reverse symbol either alone or with other motifs e.g. sunrays, flags, stars, hammer and sickle.

The badge at left (from a set of nine issued by Songlin Revolutionary Committee) has the obverse inscription,

"A single spark can start a prairie fire"; the reverse is inscribed "Jinggangshan" and a line from Mao's poem, "The foe encircles us thousands strong". 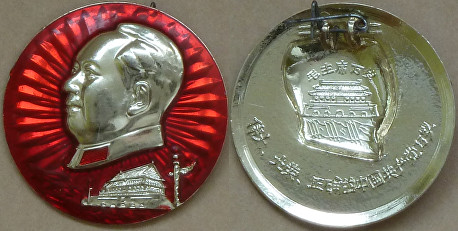 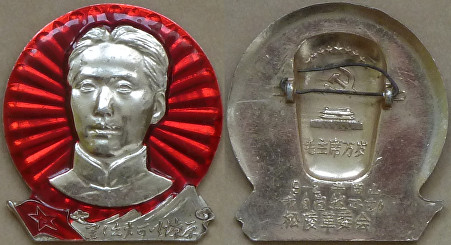 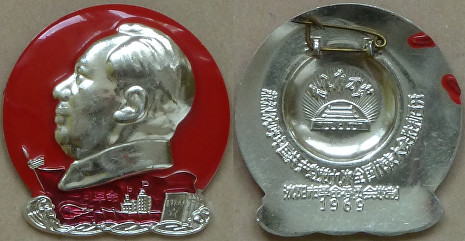 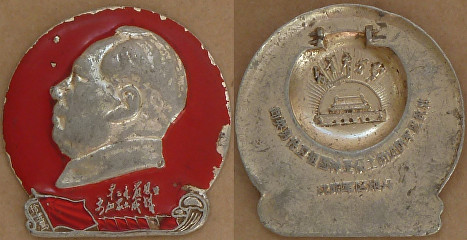 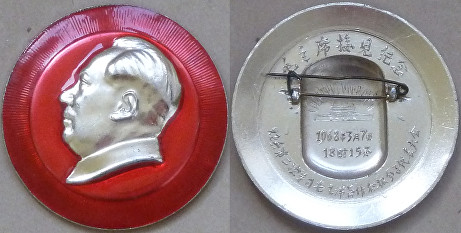