"Allow [a discontented minority group] to use its native language and the discontent will pass by itself."

In the Tibet Autonomous Region, which was already under strict military control following the 1959 uprising and the 1962 war with India, the Cultural Revolution was largely a top-down affair that accelerated the implementation of the delayed social and political reforms aimed at modernising the former "slave society".

The reverse of the badge at left carries the  Tibetan inscription, "Long Live Chairman Mao, the great leader of the peoples of the world". 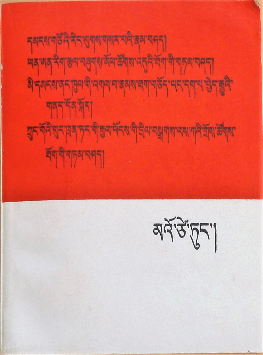 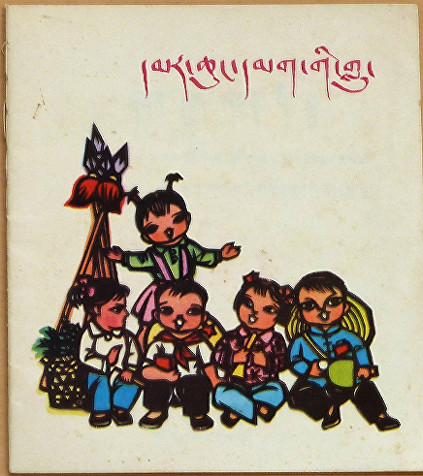 Cover of Song of the Little Red Guards - 20 pages with papercut illustrations throughout.

A translated selection of Mao's writings:

On New Democracy; Talks at the Yan'an Forum on Literature and Art; On the Correct Handling of Contractictions Among the People; Speech at the Chinese Communist Party's National Conference on Propaganda Work.

this edition printed in Gansu, October 1967.