The visual format of this Cultural revolution trope followed a standard formula: a male worker identified by his goggles and/or sweat-scarf and often holding a wrench or foundry tool, a female farmer (peasant) sometimes carrying a sickle or wheatsheaf, and a male uniformed soldier. 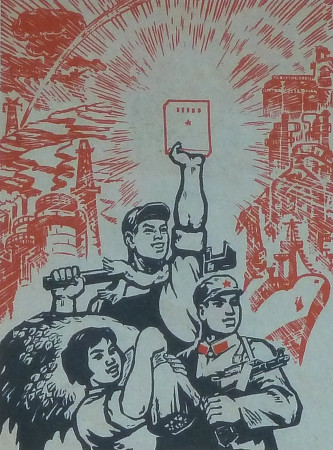 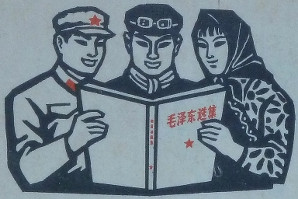 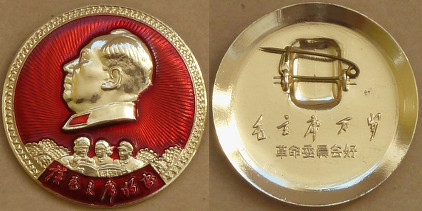 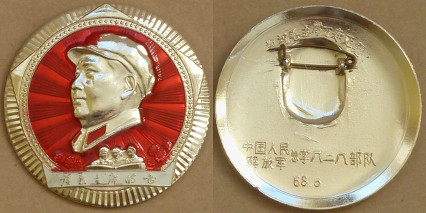 The worker-farmer-soldier combination was depicted in a range of suitably revolutonary poses including, militant, loyal, victorious, and studious.

Interestingly, on all three of these badges it is the female farmer who holds the central position, as in the verbal construction, although this placement was rare in other media.

The inclusion of seven sunflowers on the two badges at right strongly implies that the worker-farmer-soldier combination represents "the masses".

Symbolizing the worker-farmer-soldier combination required the militarization of pre-existing socialist symbols. Various designs were produced, with the example at right proving the most popular.