The working class must command everything 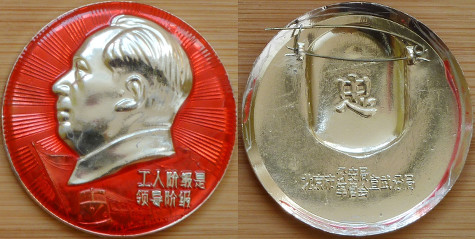 The working class is the leading class

The combination of this slogan and the visual imagery puts the working class in the front seat of the (modern) train of the People's Revolution, which is the driving force of history. 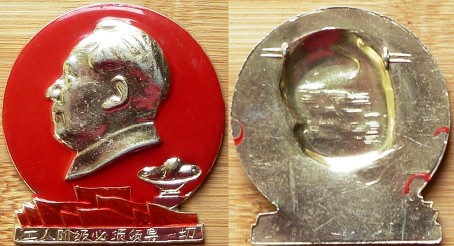 This slogan was contained in a zhishi (Directive) issued in September 1968, shortly after the quashing of the Red Guards at Qinghua University by Worker-Peasant Mao Zedong Thought Propaganda Teams. 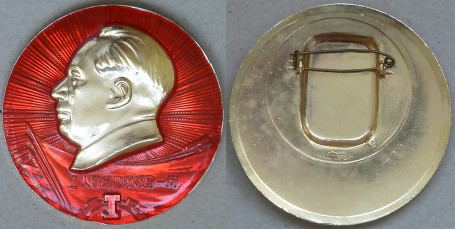 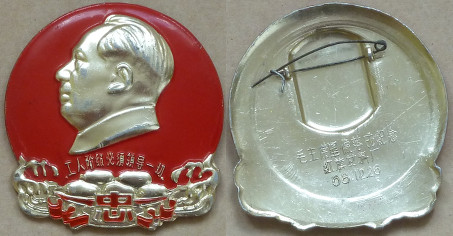 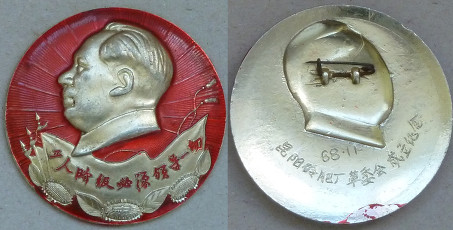 These last two badges refer to Mao's gift of mangoes and the resulting "mango fever".