The bridge across the Yangste River at Wuhan was completed in 1958 and was hailed as a major achievement - the easternmost Yangtse bridge. Although it remained locally and economically significant, it was superseded as a national-level symbol in 1968 by the bridge at Nanjing that was longer and considerably further to the east.

On Maozhang these two bridges are often accompanied by an inscription taken from Mao's poem Swimming: "A bridge will fly to span the north and south". 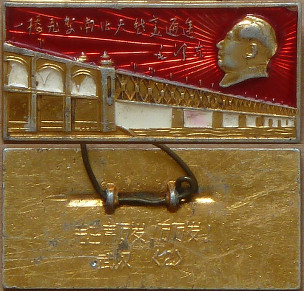 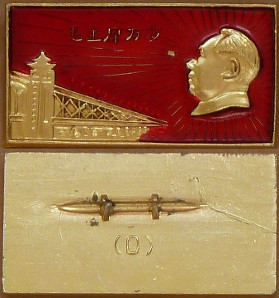 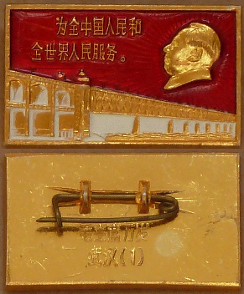 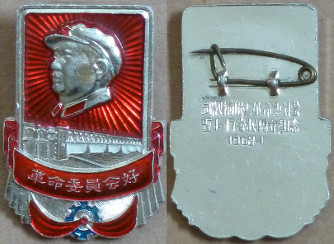 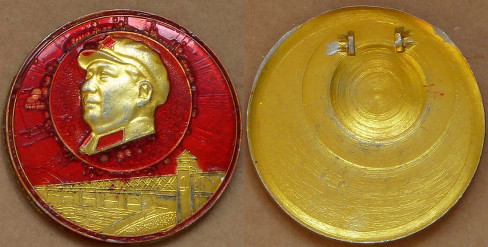 Despite the absence of inscriptions, the pyramid-topped piers enable this to be identified as the bridge at Wuhan.