The "battle" of Zhangzhou celebrated in Party history was a partially successful attempt to break the Nationalist's economic blockade of the Jiangxi Soviet. In early April 1932 a Red Army column marched southeast, and on April 20th they captured the central district of Zhangzhou in Fujian. The plan, approved at the highest level by the Commitern, was to hold the city centre while Russian equipment and munitions were unloaded from ships in Xiamen Bay and brought up the Juilin River to the waiting Chinese. The presence of British warships near the coast prevented the supplies from being unloaded and at the end of May the Communists withdrew with some captured weapons and ammunition, and leaving behind some graffiti that is apparently still visible. During the brief occupation of Zhangzhou they had made their headquarters in an American church high school; and so this building, locally known as the "Red House", can be added to the list of the Chairman's former residences complete with preserved bedroom. In 1967 the building was renamed "Chairman Mao Led the Red Army Captured Zhangzhou Memorial".

A recent photograph of the 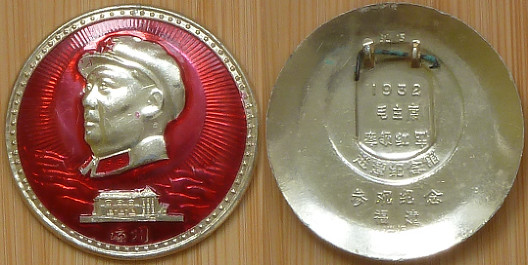