The loyalty badge at right was a gift from the Revolutionary Committee of Yongji County in Jilin to the educated youth being sent from there to the countryside. The reverse inscription includes a slogan Mao coined in the 1950s to inspire young people to leave the towns and cities, "The countryside is a vast world where much can be accomplished". 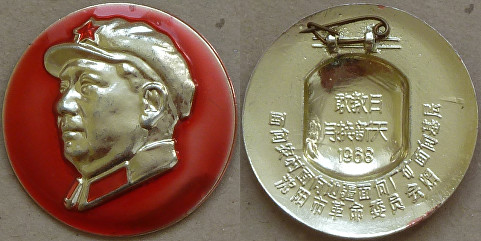 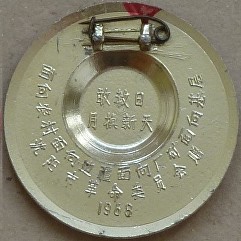 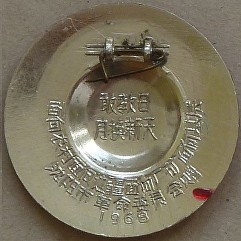 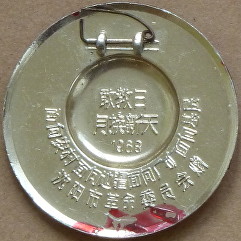 This badge was donated to sent-down educated youth by Shenyang Revolutionary Committee. In October 1968, following Mao's dismissal of the Red Guards, the Sate Council approved a plan for the wide-spread sending-down of urban educated youth. The plan called for Liaoning to relocate some 375,000 young people and, as the province's capital, Shenyang was expected to set an example.

This badge was produced by the tens of thousands as evidenced by the number of reverse dies that were cut, four of which are illustrated here.

In autumn 1968, Mao's phrase about art and literature "facing the countryside" was expanded into the "Four Orientations" for educated youth (high-school and university graduates) who were not going on to further academic study. The four orientations were to, "Face the countryside, face the frontier (land reclamation and construction corps), face the factories, face the grassroots", and these appear as the middle inscription on the reverse of the badge.

Above the four orientations in the central depression is inscribed a slightly modified line from Mao's 1959  poem Shaoshan Revisited, "Dare to make sun and moon shine in new skies". 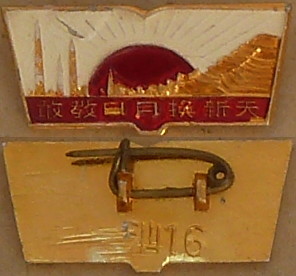 The same poem-derived inscription appears on the obverse of the badge at left with its depiction of a productive countryside of oil wells and terraced fields illuminated by the radiance of the big red sun.